On Wednesday, the legislature voted to advance an amendment to the state constitution to make Massachusetts a graduated income tax state and raise taxes by 80% on “high earners.” The grad tax would also impact locally owned, independent small businesses filing as S Corporations or pass-throughs.

The vote was 147-48. Every Republican voted against the tax except state Senator Patrick O’Connor (R-Weymouth). We’ll get back to Senator O’Connor shortly. The Republicans were joined by 11 House Democrats who had the courage to buck their leadership and vote in the interests of the voters who have previously rejected a similar scheme five times. These Democratic lawmakers were state Representatives Brian Ashe of Longmeadow, Ann-Margaret Ferrante of Gloucester, Michael Finn of West Springfield, William Galvin of Canton, Colleen Garry of Dracut, Danielle Gregoire of Marlborough, Christopher Markey of Dartmouth, Thomas Petrolati of Ludlow, Angelo Puppolo of Springfield, John Velis of Westfield and Jonathan Zlotnik of Gardner.

Senator O’Connor, the lone Republican to vote for the tax, actually filed an amendment that would have exempted the more than 15,000 locally owned, independent small businesses from the tax scheme. It was rejected on an almost straight party line vote. The Senate roll call vote may be found here and the House roll call vote may be found here. Despite making a speech on how bad the grad tax would be for employers, Senator O’Connor joined the 146 Democrats in voting for the tax scheme. If you are a constituent of Senator O’Connor, we urge you to contact his office at (617) 722-1646 and make your voice heard. 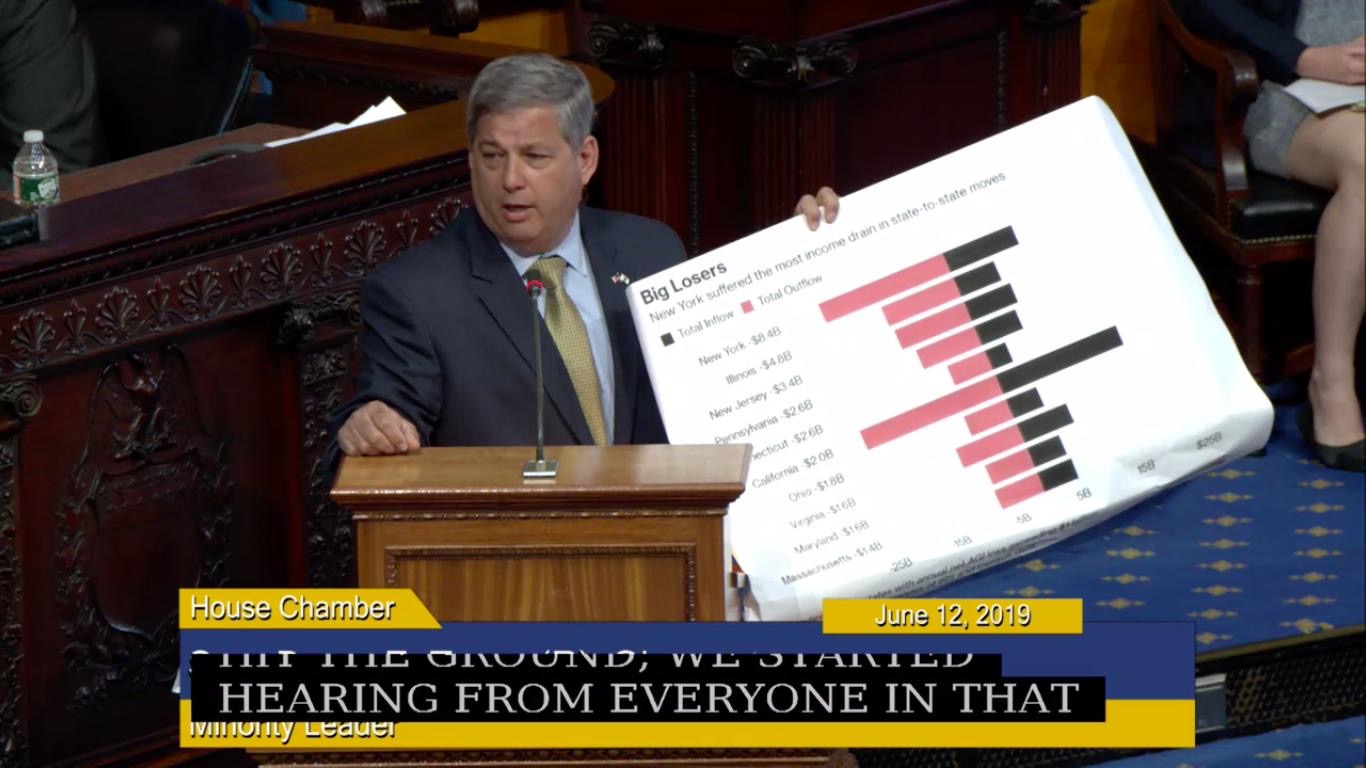 Senator Tarr came to the podium with an enlarged chart showing how other states have failed after adopting similar schemes. Shortly after Rep. Jones’ amendment was defeated, he tweeted that the grad tax scheme is a “bait and switch” to the taxpayers because old tax money will be moved out for the new money collected. 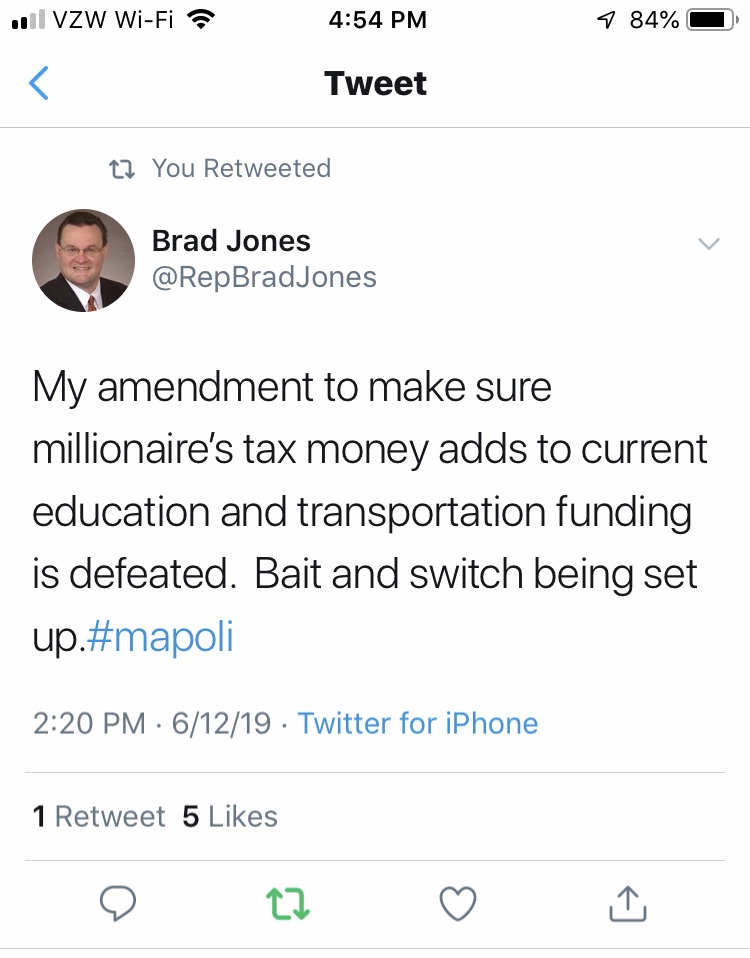 Rep. Lombardo walked his colleagues through the many reasons why the amendment will be terrible for our Commonwealth. Some of that speech can be viewed on Facebook. 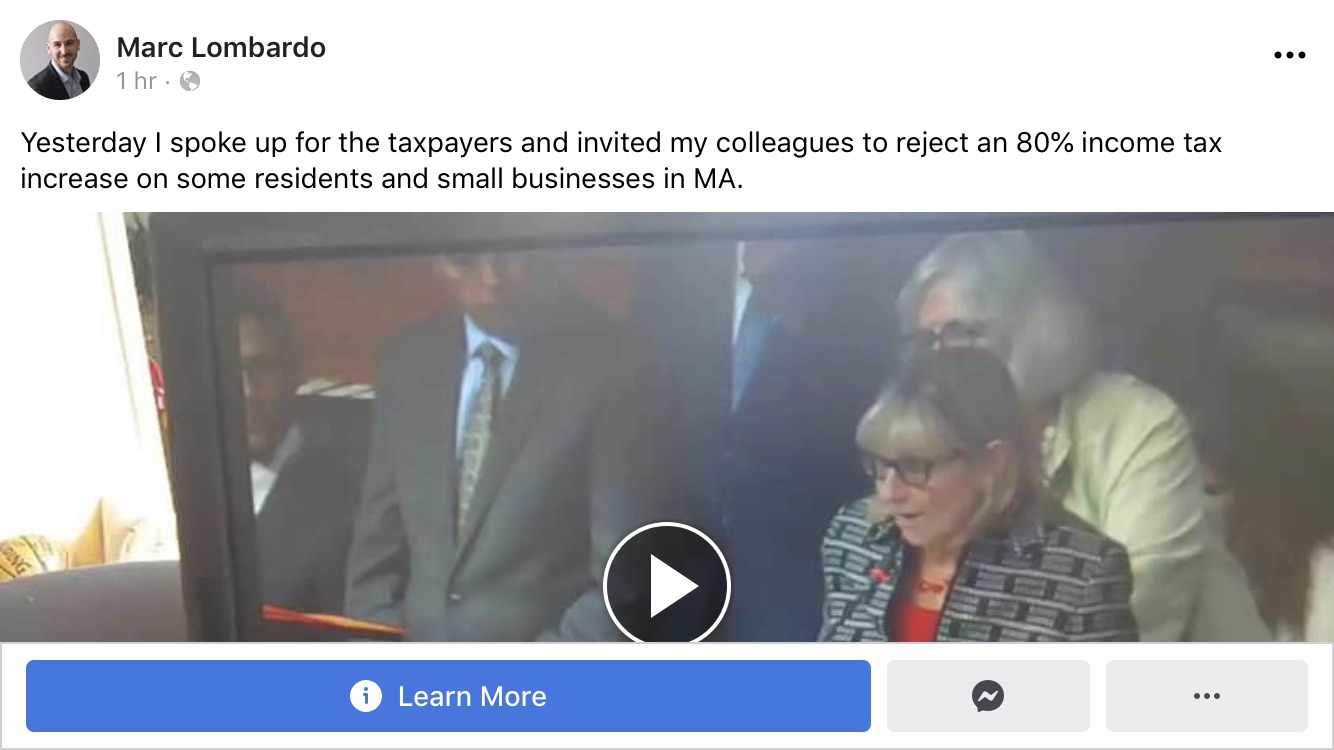 While the grad tax did ultimately pass, our advocacy had an impact. Thousands of constituents reached out to their state legislators through phone calls and emails and it produced one of the most robust floor debates in the state legislature in recent years. Thank you!

Unlike past attempts, citizens are not the driving force for this amendment to the state constitution, rather, it’s the 147 big government lawmakers. They still have to pass it next legislative session in order for it to advance to the 2022 ballot, where we believe the voters will reject it again. Until then, MassFiscal is committed to ensuring that residents across the Commonwealth are educated and aware of their legislators’ vote.