The Dirty Dozen stand behind a proposed 80 percent increase in state income taxes. They want to make us prisoners to higher taxes again. Do you stand with them?

Opposition to the new tax scheme grows daily. Some oppose it because it is poorly written. The measure would go far as to write into the state constitution specific language on income thresholds and earmarked revenue. Others oppose the new tax because it raises the rate to 9.1 percent on top earners in the state. The effect of that increase on the Massachusetts economy will likely be disastrous. High-wage industries won’t see our state as a friendly place to build, and the best and brightest will be driven away.

Legislators have tried to implement a graduated income tax before, and Massachusetts voters have struck it down by sizable margins each time. In 1962, 83% of voters rejected it. In 1968, 70% voted no. In 1972, 67% voted against the measure. In 1976, 73% came out against it. Most recently, in 1994, 64% rejected a fifth attempt at a graduated income tax. History speaks, and the Massachusetts electorate has overwhelmingly rejected progressive income taxes time and time again 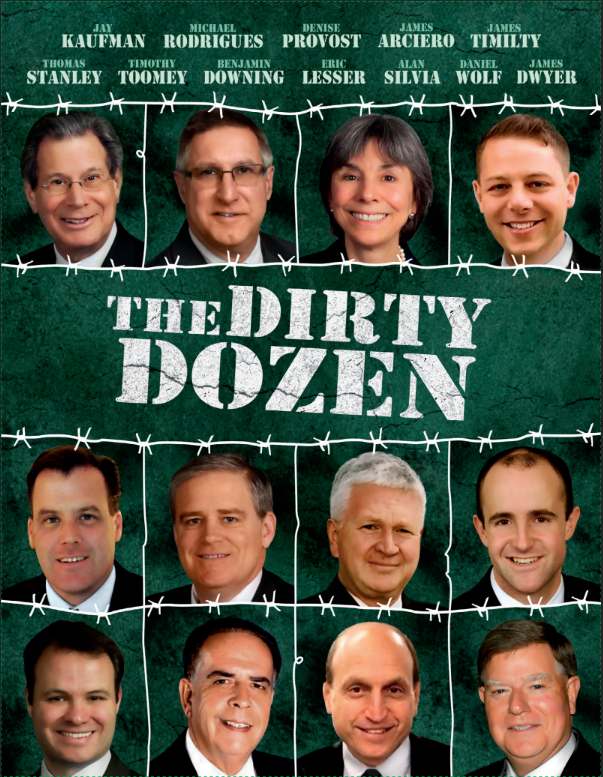 We oppose the graduated income tax proposal. Our flat tax on income builds in protection from economic downturns and ensures fairness.

The dirty dozen will call it a millionaire’s tax, we’ll call it what it is: an 80 percent tax hike on the state’s economic leaders. The dirty dozen love to quietly pervert the tax code, and we won’t let that happen. Working in secret is their top strategy for kow-towing to special interests at the expense of a healthy Massachusetts economy, so Massachusetts Fiscal Alliance will scream their intentions from the rooftops. 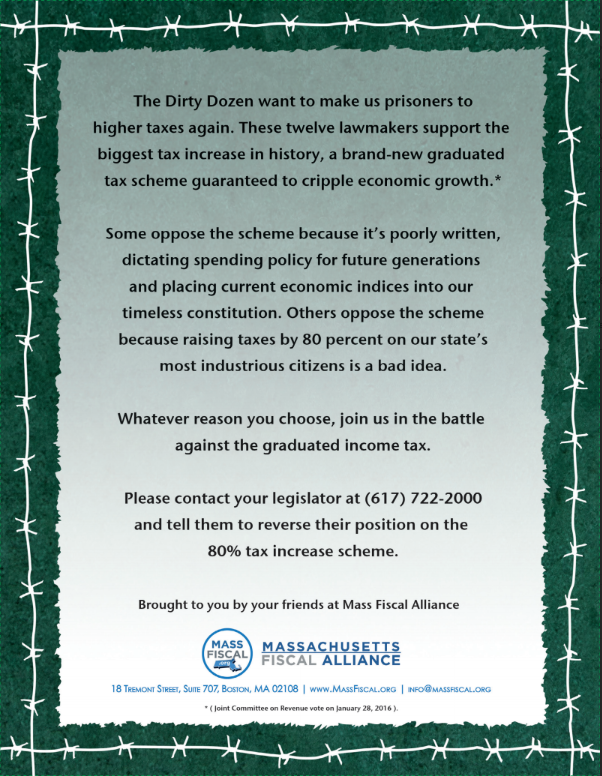 Join our grassroots campaign opposing the 80 percent tax hike. Check our “Call to Action” and contact your lawmakers and urge them to oppose the graduated income tax.