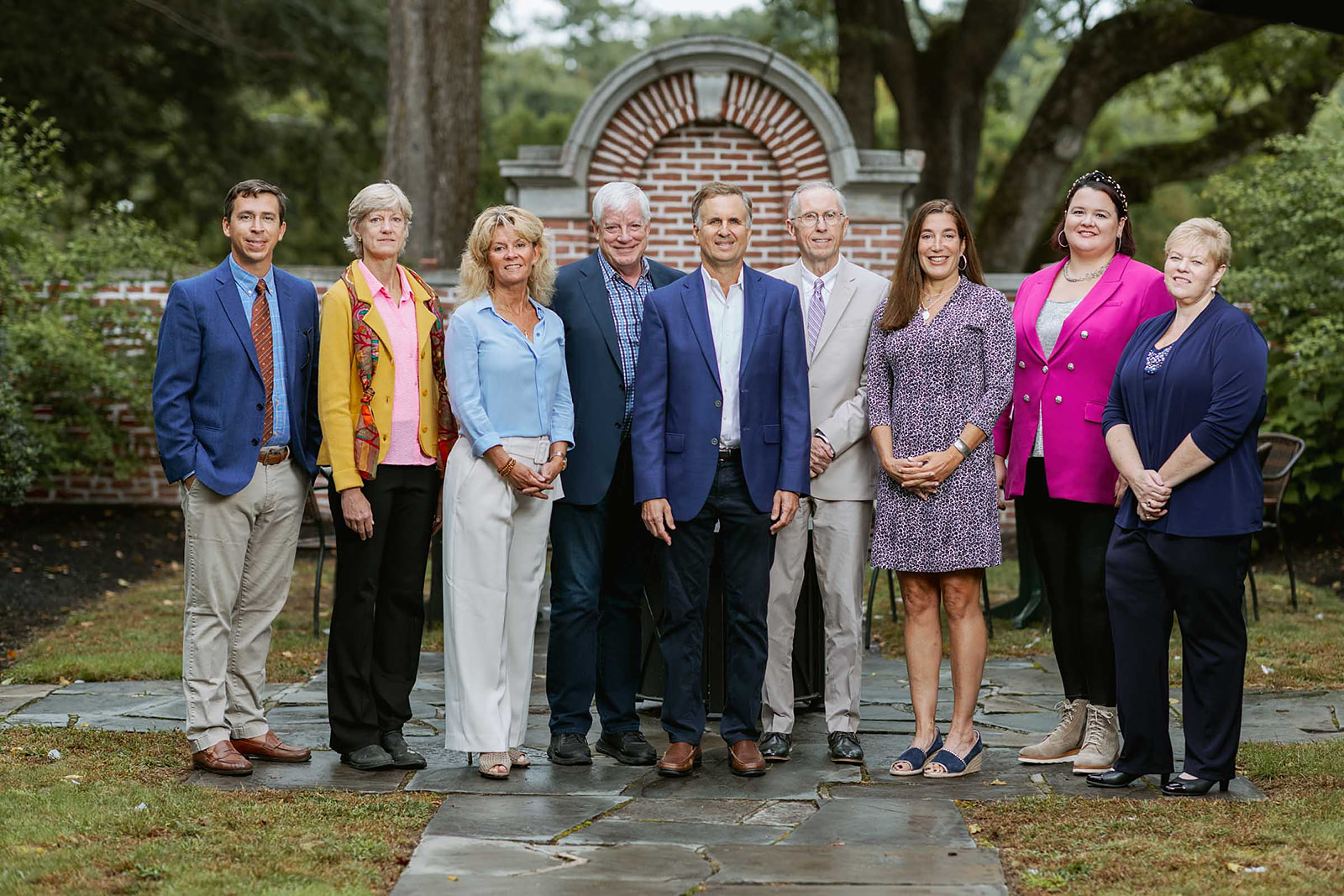 2022 Massachusetts Fiscal Alliance Board of Directors 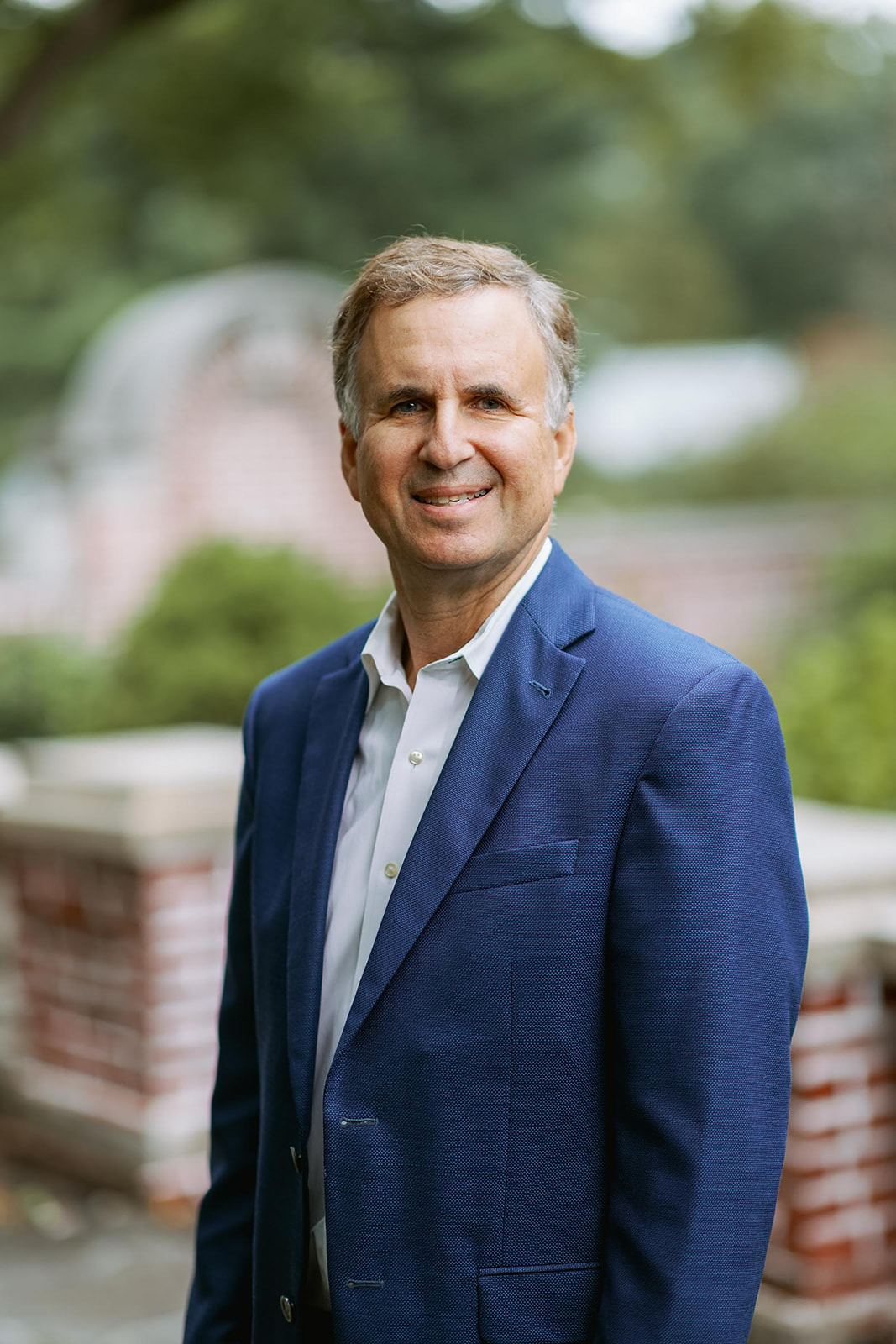 Mark is CEO of OPRSystems, Inc., which he co-founded from scratch in 1989. The company is now one of the largest independent commercial recyclers in New England, with its 76,000 sq. ft. plant in Wilmington. He also co-founded Waste Focus LLC 18 years ago, now a leader in the waste minimization industry and managing thousands of facilities’ trash and recycling across the U.S.

Mark has been on the board since 2012 and served as past treasurer. On September 11, 2017, Mark was first elected Chairman of Massachusetts Fiscal Alliance. On January 23, 2020 he was reelected.

Originally from suburban Washington, DC, Mark is a 1982 graduate of Cornell University and a 1986 graduate of Harvard Business School. Mark and his wife Theresa have three children and live in Concord. 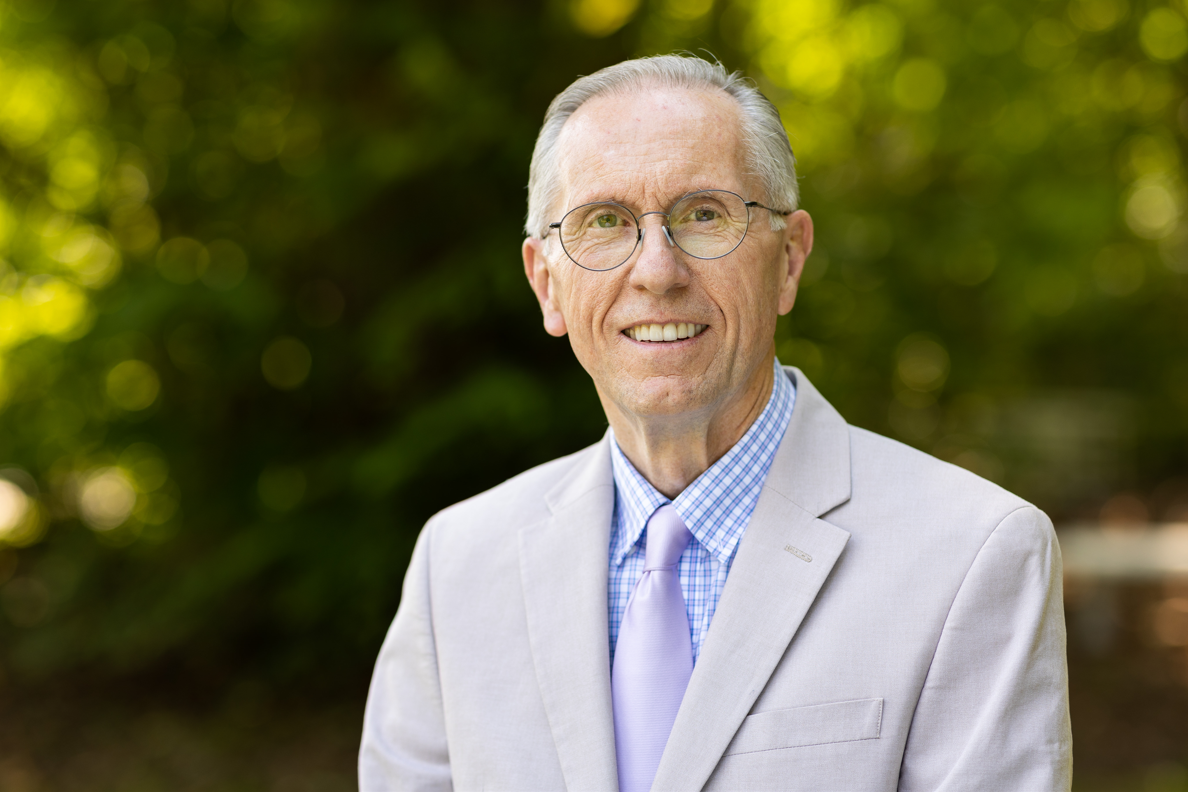 Michael Kane is a Framingham resident and an entrepreneur of several businesses. His company, 126 Self Storage, is located in Ashland and is a co-plaintiff to a lawsuit against the Commonwealth of Massachusetts to eliminate the union loophole in state campaign finance law. Kane is active in his community, as he serves on several small business boards including the National Federation of Independent Businesses, and the Massachusetts Self Storage Association. Mike first joined the board of Massachusetts Fiscal Alliance in 2012 and has been the clerk since 2014. 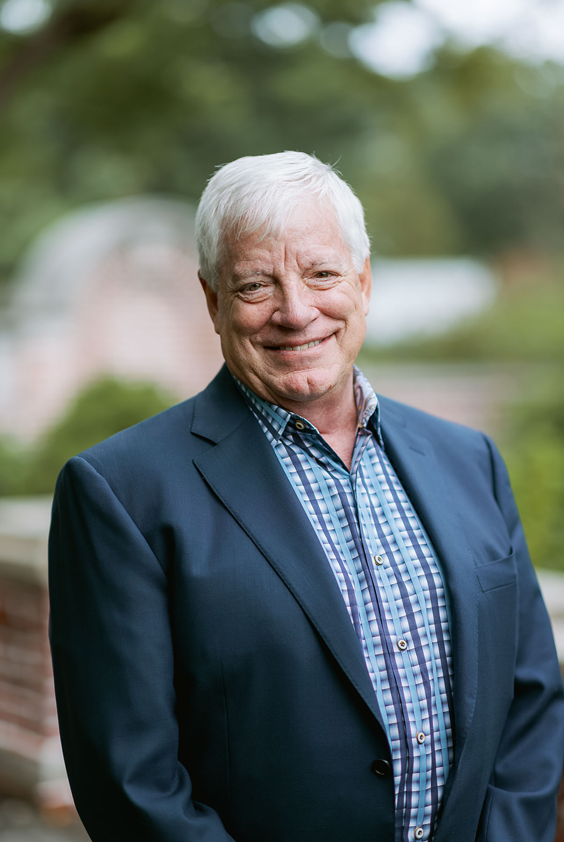 Jim is a real estate developer, entrepreneur, attorney, and political activist. He currently serves as Chairman of American Retirement Communities, LLC and Vice-Chairman of Fintiv, Inc.

Rappaport is a past member of the Board of the Combined Jewish Philanthropies, the Jewish Vocational Service of Boston, as well as the Jewish Community Relations Council and the Social Planning and Allocations Committee of the Combined Jewish Philanthropies. Rappaport was a member of the Board of Trustees for the Dana Farber Cancer Institute in Boston, as well as previously serving on the Board of Overseers for Children’s Hospital. Rappaport and his wife, Cecelia live in St. Augustine, Florida. He has three children, James, Jessica, and Joshua and four grandchildren, Wylie, Lucy, Maya and Avery-Quinn. 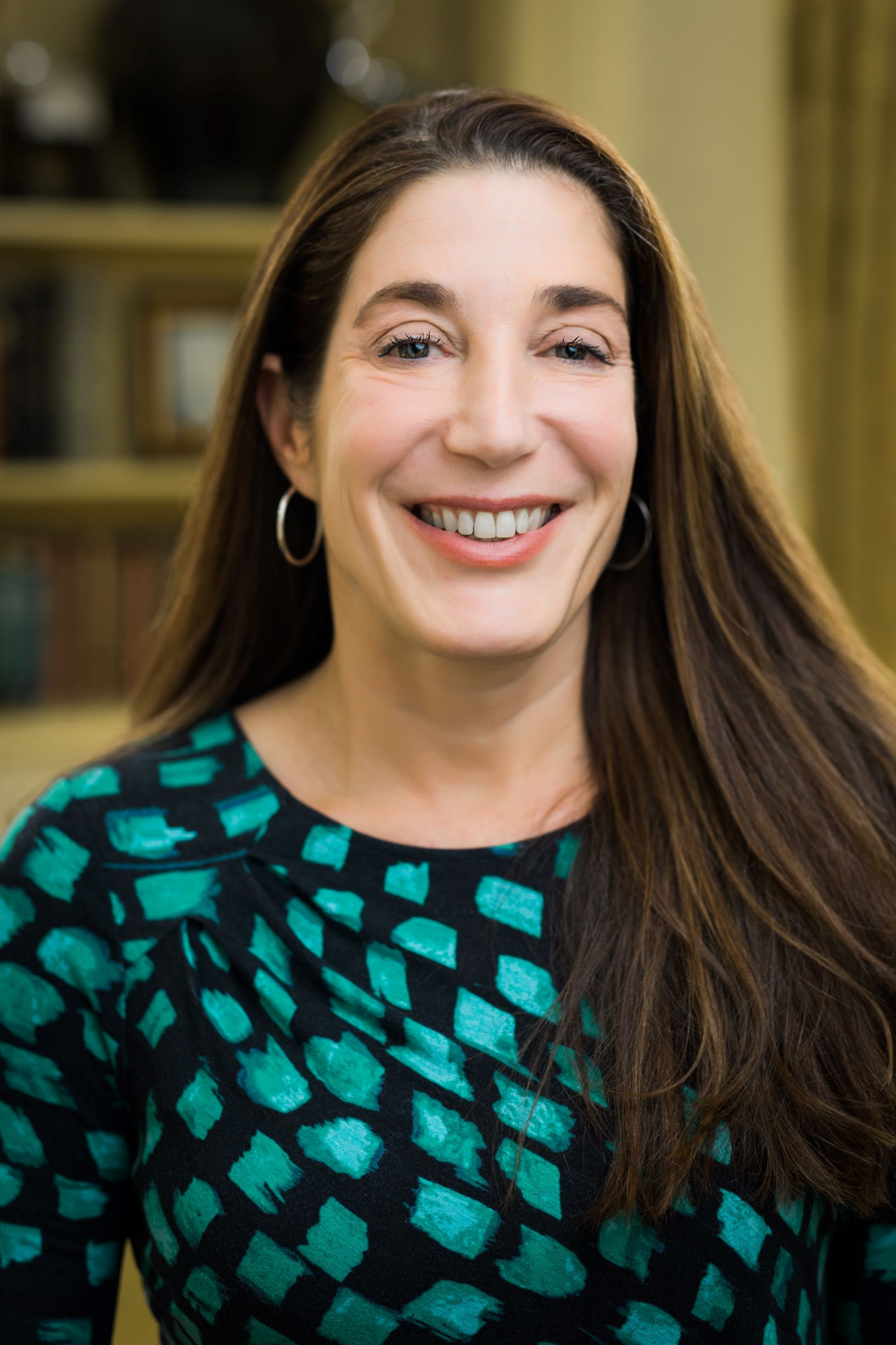 Jennifer C. Braceras is a political columnist, a senior fellow with the Independent Women’s Forum, and a former Commissioner of the United States Commission on Civil Rights (2001-2007).

A graduate of the Harvard Law School, Jennifer often writes about issues at the intersection of law, politics, and culture. Although her work covers a range of topics, she is particularly interested in education, civil rights, the courts, and the media. In addition, she writes widely on the things that bind us together as Americans: our shared history, our civic traditions and institutions, and our devotion to liberty.

Earlier in her career, Jennifer practiced labor and employment law with the Boston law firm Ropes & Gray. She has taught classes on civil rights and constitutional law at both Boston College Law School and Suffolk University Law School. From 2006-2011, she served as a Trustee of the University of Massachusetts, her alma mater.

Before becoming a lawyer, Jennifer worked as a Staff Assistant in the Office of Vice President Dan Quayle. Jennifer lives in the Boston area with her husband and four children. 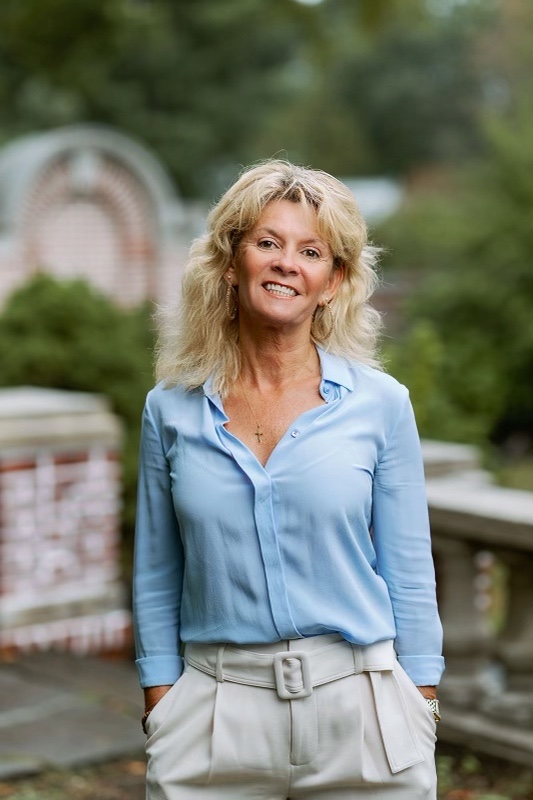 Helen Brady grew up in South Weymouth the youngest of seven children. She attended the University of Massachusetts Amherst where she met her husband of 25 years Bob Brady, a school teacher in Roxbury. Helen and Bob live in Concord with their four children Kiersten, Erin, Calie and Bobby. Helen’s career at the BSO began 31 years ago in the Business Office. Before switching lanes to Sales & Marketing, Helen was the Budget Analyst cutting her financial teeth in all accounting aspects of this multi-million dollar performing arts giant. As the Director of Group Sales & Tourism, Helen has managed and helped coordinate major Boston Pops events for Universities, Hospitals, Politicians, Major Artists & Athletes. Her continued successes at the BSO are a tribute to her work ethic, her determination to do things the right way, and her ability to get along with all types of people.  Helen was most recently promoted to Boston Pops Business & Sales Director.

Helen spends most of her free time driving her children to pools, hockey rinks and baseball fields and small theaters. She also enjoys watching the New England Patriots with her family, bicycling and walking her two dogs, Klaus & Wolfie. She participates annually in Best Buddies and Pan-Mass Challenge fundraising rides. Helen is also very active in her community and local parish. She is currently on the Steering Committee of Women for UMASS. Most recently she ran a very energetic campaign as the Republican candidate for State Auditor. 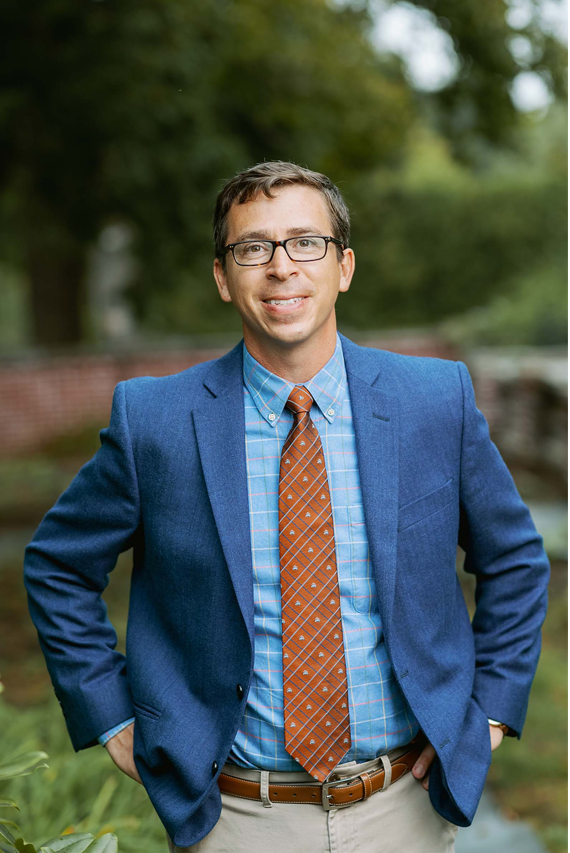 Paul graduated from Gordon College and is a first-generation American, his mother immigrated to the United States from Mexico City. Paul is the spokesperson and serves on the board. He previously was the Executive Director and was the first hire of the organization. He has been quoted in numerous media outlets including the Boston Globe, Boston Herald, Boston Business Journal, Taunton Daily Gazette, Fall River Herald, Worcester Telegram and Gazette, Lowell Sun, Eagle Tribune, Salem Daily News, Cape Cod Times, Sun Chronicle, Milford Daily News, Metro West Daily News, Springfield Republican, State House News, Associated Press, NECN, and WGBH. Prior to his role at Massachusetts Fiscal Alliance, he worked in politics in New Jersey and Washington, D.C. You may follow him on Twitter @PaulDiegoCraney. 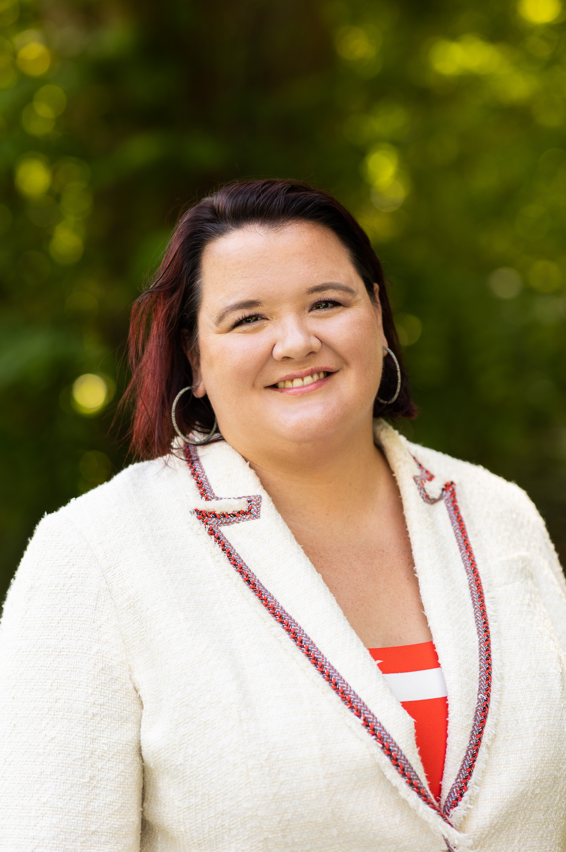 Danielle brings over 15 years of non-profit board experience to MassFiscal. She has been involved with non-profits in all stages of development - from start-up to well-established organizations. She believes in creating non-profits that are efficient and results driven.

Danielle is a 12th generation New Englander who grew up in Andover, Massachusetts. She now lives in Southern New Hampshire with her husband Chris and Luna the Great Pyrenees. 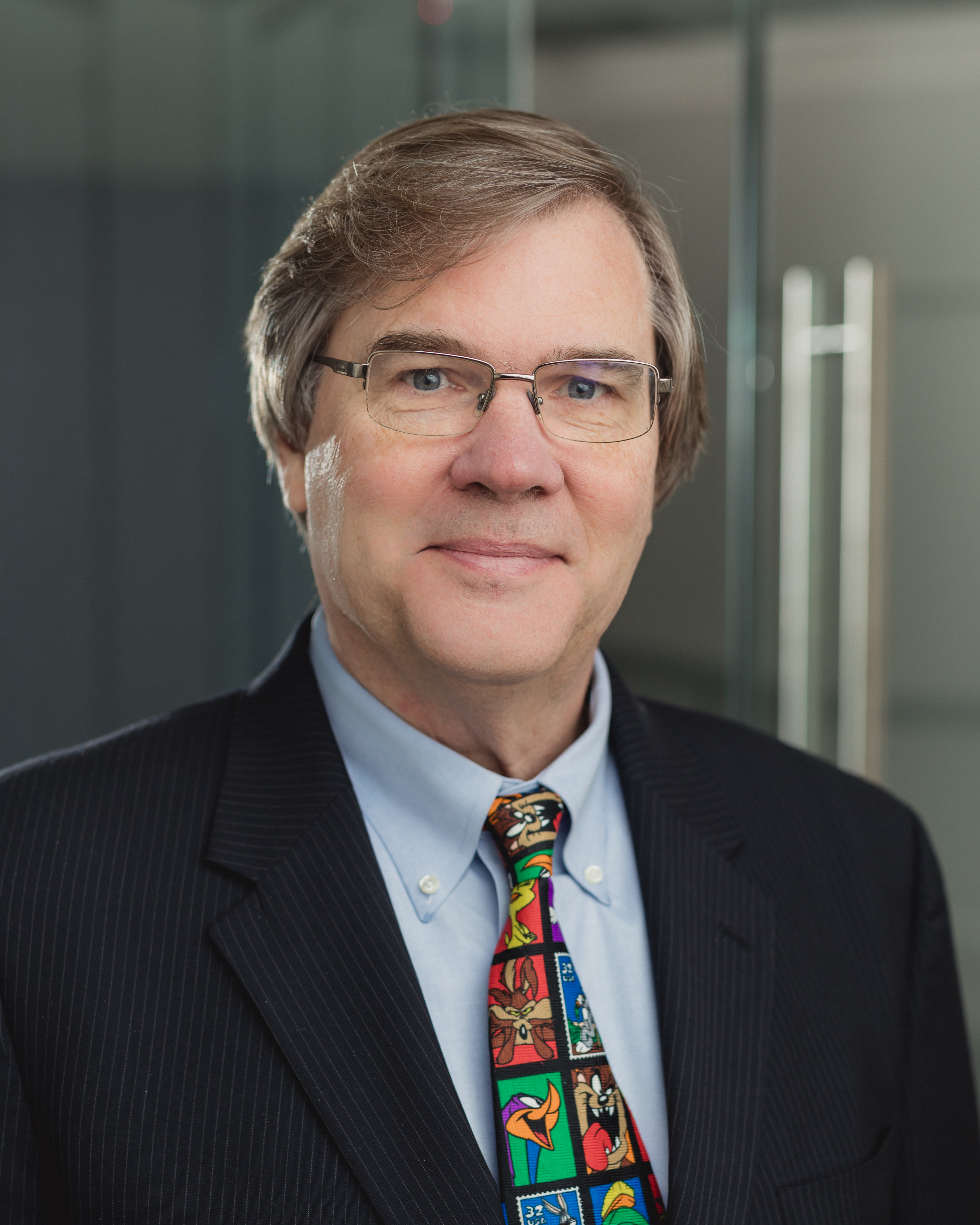 Carl Nelson is a business owner and civic volunteer involved in charity and local government. Carl is the President of The Meland Foundation, a 501c3 public charity which helps children and families facing cancer.  He visits and zooms with children and their families in hospitals, drawing illustrations and freely distributing a children’s book, Hang On, Hester!, about a young child who faces a seemingly impossible situation and perseveres.  Every day, Carl gets to help children who display true courage and inspire him with the power of their example.

Carl retired as President of NEI Communications, Inc, a publishing and marketing company.  During his 30-year career as a business entrepreneur, Carl Nelson provided counseling to Fortune 500 companies such as Toshiba, IBM, ATT, Dell, Control Data Corporation, and a variety of start-up companies. His expertise is promoting products and services in information technologies fields for vertical industry segments; having created the industry marketing programs for many leading Fortune 500 and start-up companies. His product experience ranges from personal computers to supercomputers and has worked for numerous software companies. He began his career as a journalist, magazine publisher, and political press secretary.

Carl and his family live in Wellesley. Carl has served the town as an elected Town Meeting Member and also former elected chair of the Republican Town Committee. Carl is married to Barbara for over 25 years and has a daughter, Kristen. Carl graduated from Bucknell University with a degree in political science and a concentration in journalism. 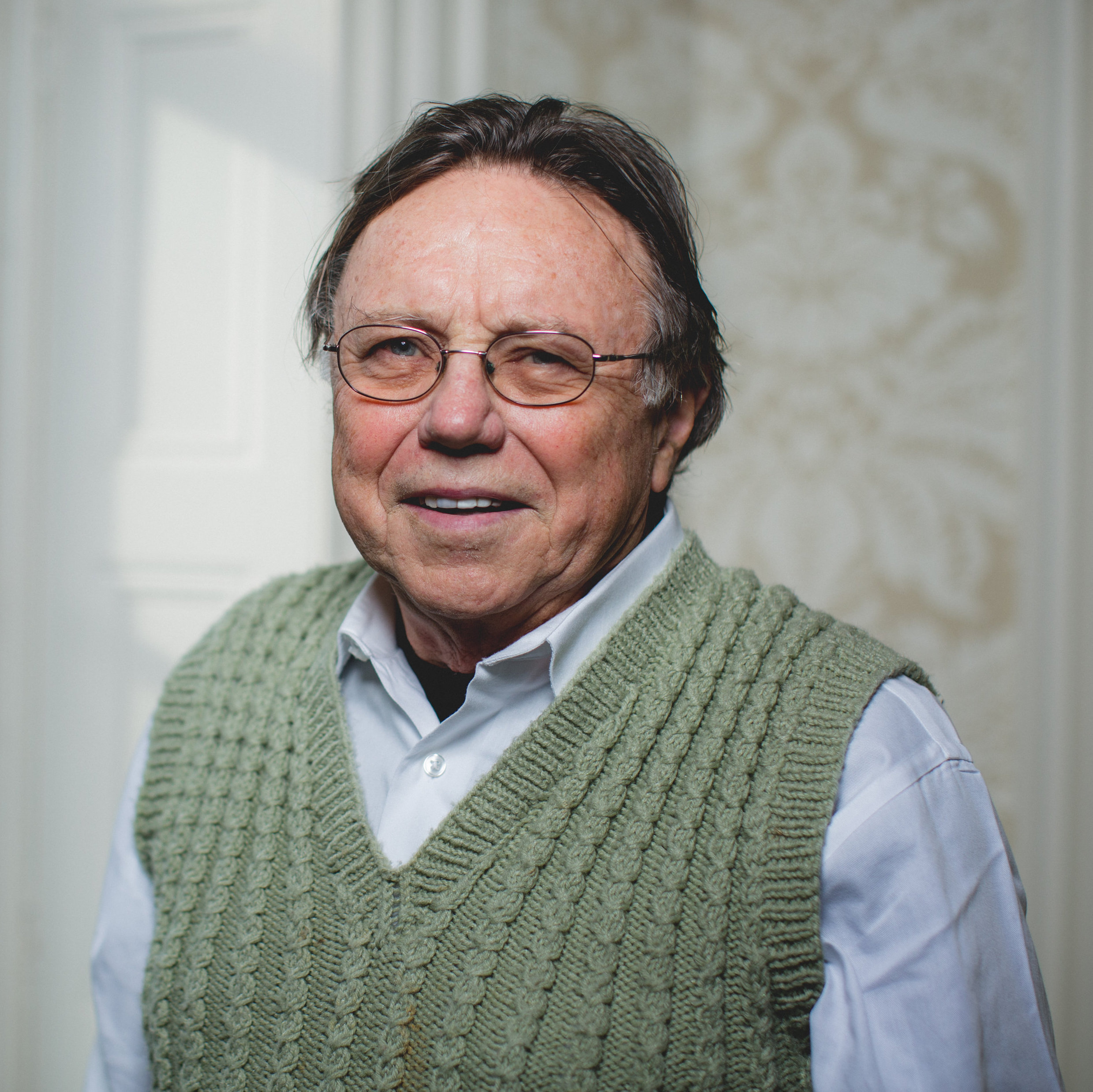 David has spent over 40 years living & developing property in the South End of Boston. His company Old Boston Restorations Inc. owns and manages apartments in the south end, and has developed infill housing using modular construction -which is a unique and affordable method of building historically compatible structures, especially in the inner city.

David and his wife Karen raised three children in the South End of Boston during the 1980s and ’90s.  He became very involved in city politics while trying to live, work and raise a family in the city. His experience with rent control and urban renewal compelled a 180-degree shift in his political understanding and disposition.

David feels strongly that our government - local and state and federal are over-regulated and fiscally insoluble in part because of redistribution and subsidy schemes. He finds that the role of Massachusetts Fiscal Alliance advocating for fiscal responsibility and accountability in state government is a very worthwhile cause.

In 2016 she also co-founded and is the current President of F&L Landscaping Corporation, another Boston based firm specializing in commercial landscaping.

Ann is currently serving as Chair of the Board of Trustees of Massasoit Community College. She has also served as the Board Secretary and served on the Audit and Finance Committee.

In the past, Ann has also served as a City of Boston Disparity Study Advisory Board Member, as a member of the Governor’s Transition Committee on Jobs and the Economy, and as a participant in the U.S. State Department-sponsored Women Business Leaders Summit in Arman, Jordan.

Ann was born and raised in Boston and currently resides in Dedham. She studied business administration at both Northeastern University and the University of Massachusetts and continues to be a life-long learner with many areas of interest. 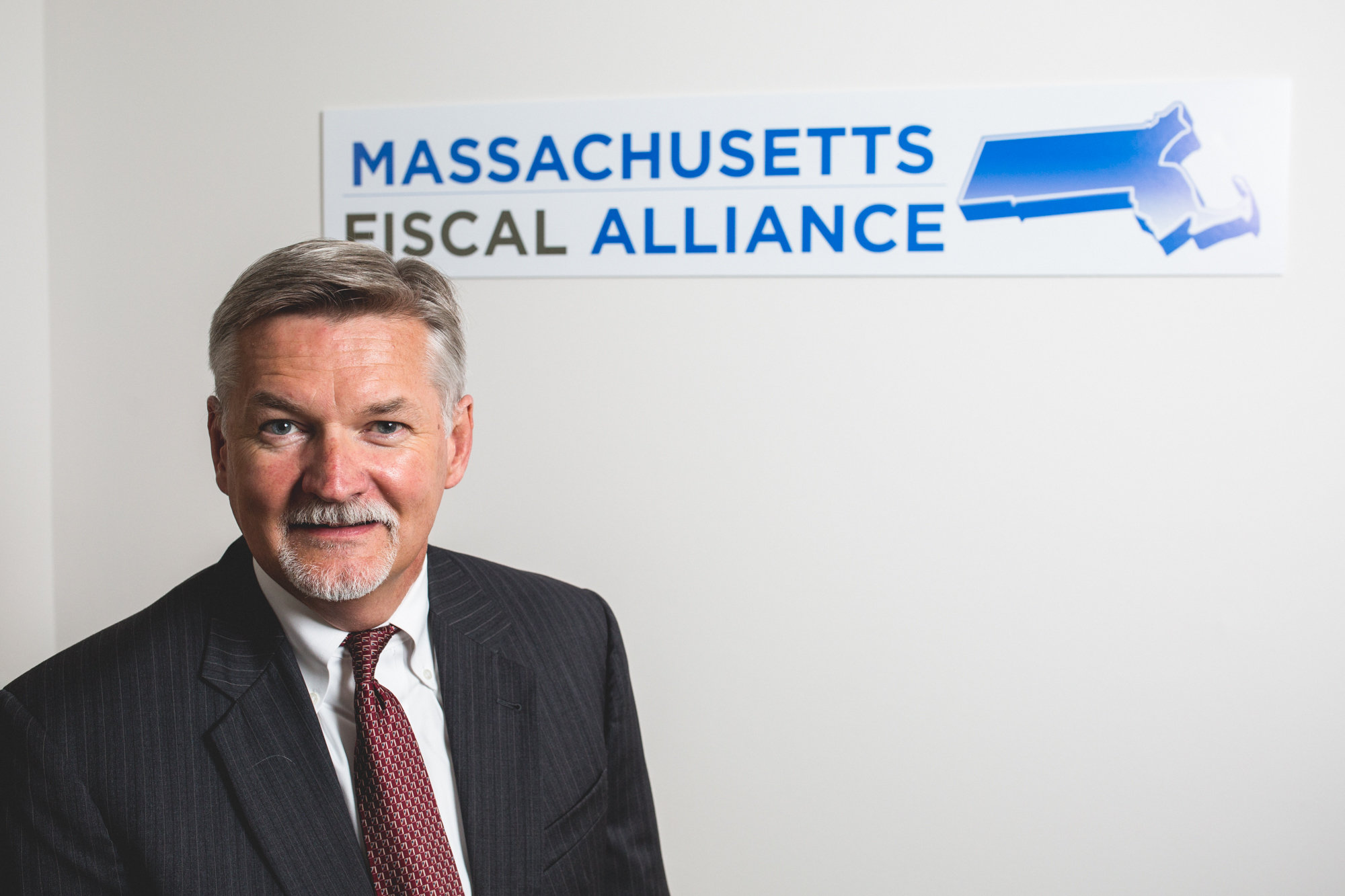 Carl spent 25 years in corporate management, working his way from junior assistant to partner, yet assisting others in the political process has always been one of his greatest pleasures. A lifelong resident of Massachusetts, Carl feels that the success achieved to date can be replicated and expanded throughout the Commonwealth. As past Political Director, he  assisted many that have considered a career in public service. Prior to his role with Massachusetts Fiscal Alliance, he was the chief of staff to Representative Kevin Kuros (R-Uxbridge) and Senator Ryan Fattman (R-Sutton). Carl is married, has  three children, and lives in Franklin. 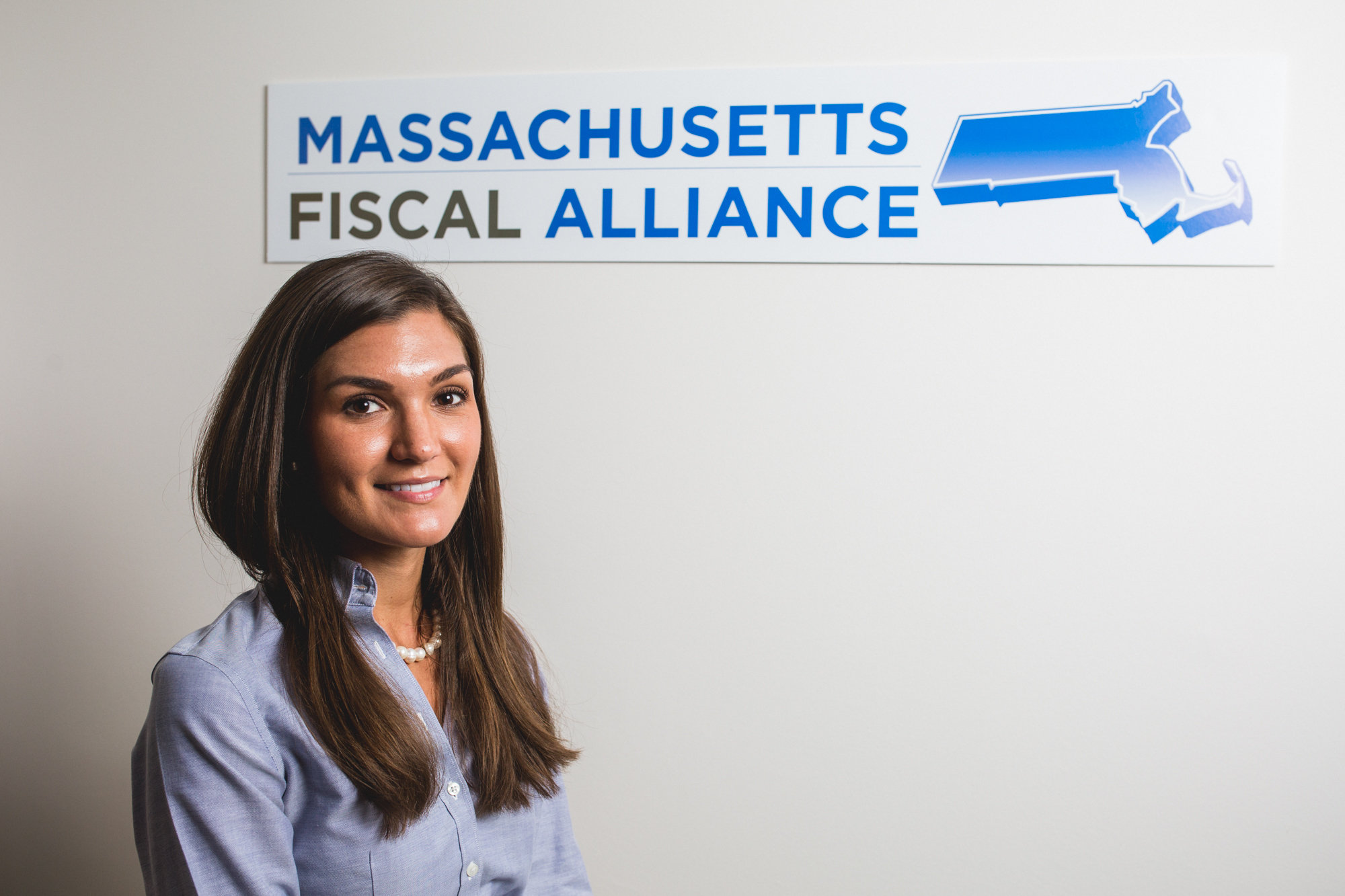 Laurie currently works as the legislative director at Massachusetts Fiscal Alliance. As the legislative director, she closely follows relevant pieces of legislation that fall under the organization’s scope, as well as tracking votes and managing the online scorecard. Laurie also leads policy briefings for state lawmakers and their staff regarding top policy issues in the state. Prior to her role at Massachusetts Fiscal Alliance, she spent five years at the Heritage Foundation in Washington, D.C., working in the government relations department. 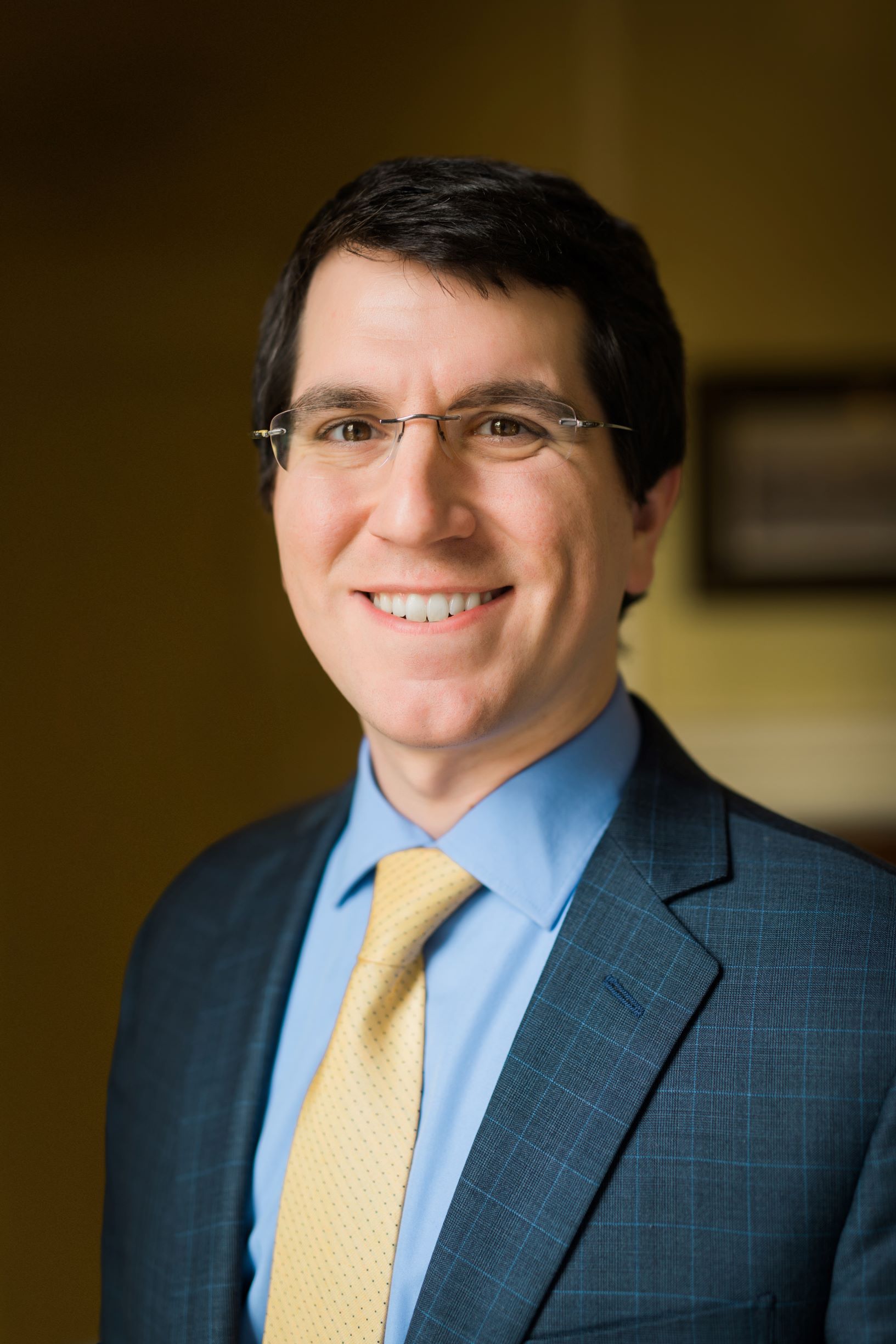 A lifelong resident of the Merrimack Valley, Paul Gangi joined MassFiscal as Program Director in January of 2018. Paul is a 2010 graduate of Boston College and served as director of the office of former State Representative Jim Lyons for seven years between 2011 and 2018. While at the State House, Paul worked extensively on policy issues related to government reform, reducing state spending, and the state budget.

A veteran of over a dozen state and local campaigns across New England, Paul has extensive experience working to elect fiscally responsible candidates at all levels of government.