Whenever left-wing authoritarian lawmakers see one of their tax hikes defeated, it’s a reason for Massachusetts taxpayers to celebrate.

On Tuesday, Cambridge state Rep. Mike Connolly pushed legislation to the floor attempting to raise the capital gains tax from 5% to 9%. He tried to sneak it through as an amendment to the House budget. The tax hike would have impacted long term capital gains, dividends, and interest income for Massachusetts taxpayers. House lawmakers soundly rejected Rep. Connolly’s tax hike by a vote of 127-30. A copy of the roll call vote may be found by clicking here and don’t forget to check www.MassFiscalScorecard.org for all the lawmakers scores and votes.

Rep. Connolly is a member of the Democratic Socialists of America. He and other left-wing lawmakers have recently embraced authoritarian views on a wide range of issues. They support shutting down the state, the economy, redistribution of wealth and property, and an undemocratic degree of state government control. Their goal is to stamp out personal freedoms, liberties, and capitalism in exchange for achieving their view of the world. 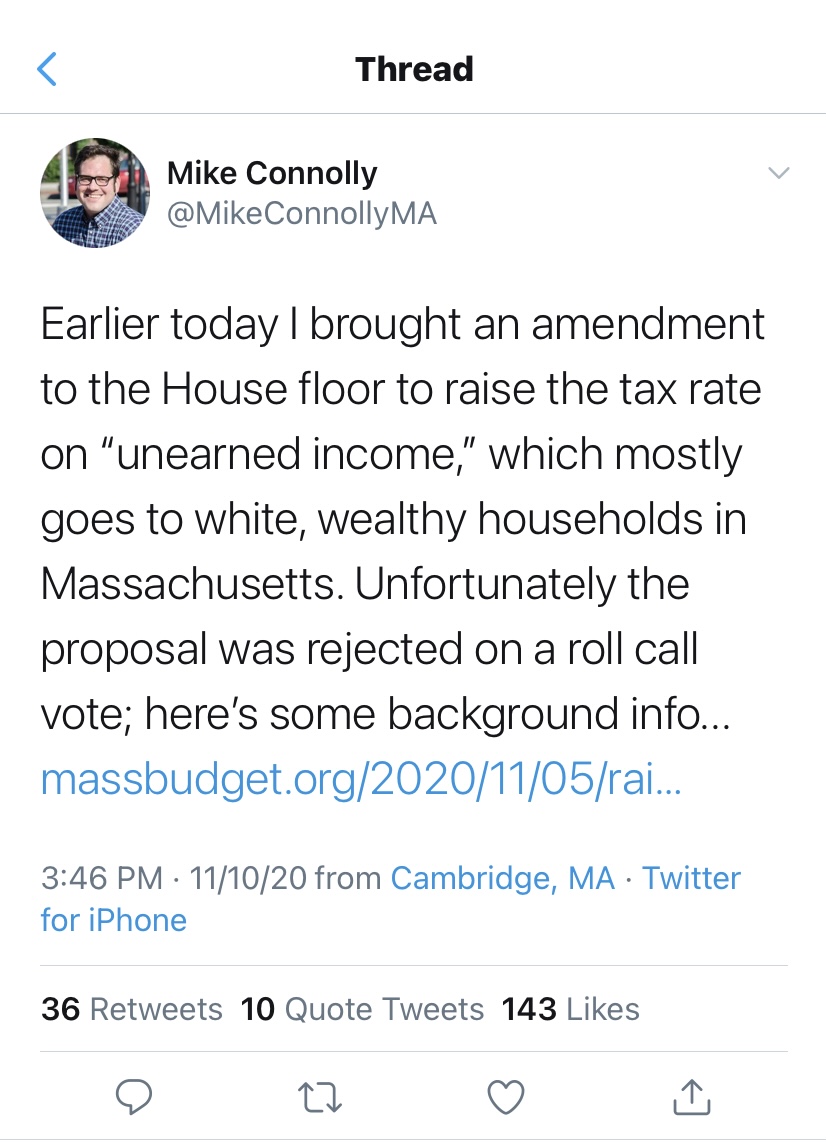 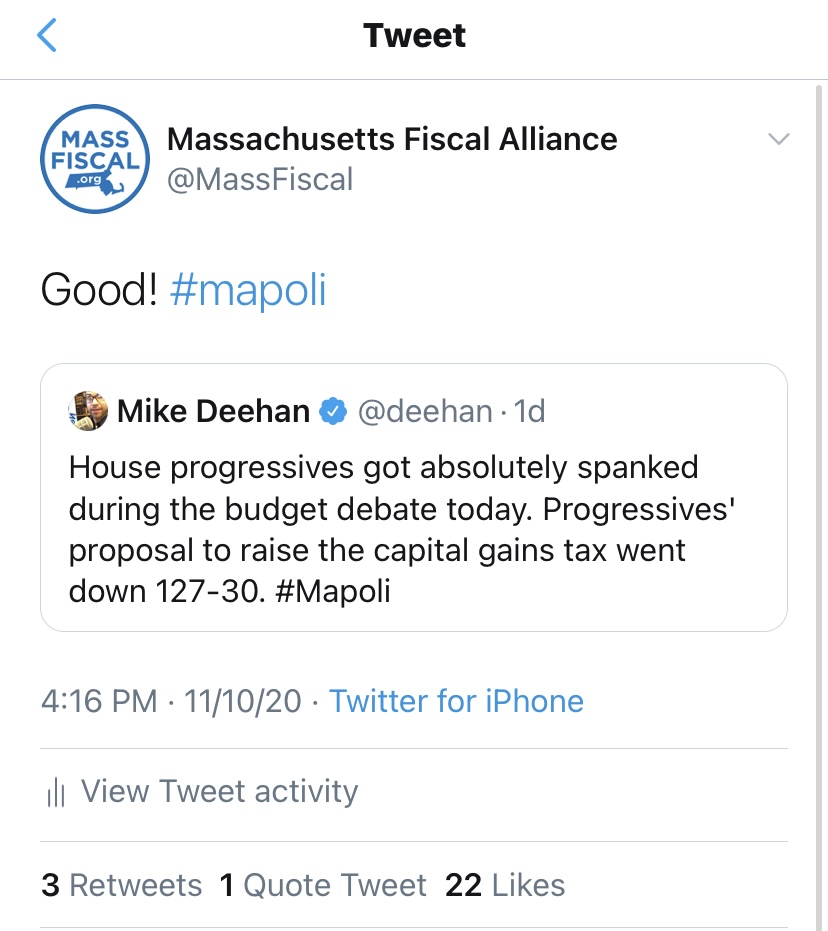 These socialist left-wing authoritarian lawmakers know they have their best chance to pass extreme policies and hurtful tax hikes during lame duck legislative sessions. They haven’t had a similar opportunity since Mike Dukakis was Governor. While this week’s victory should be relished, the war is far from won. Taxpayers cannot rest and allow these extremists a chance for victory. Over the next few weeks, as debate continues to heat up, we will be calling on you to contact your lawmakers. Stay tuned!