Lunch with Steve Poftak, General Manager of the MBTA 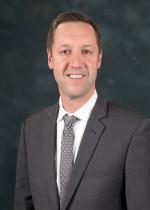 Effective January 1, 2019, Steve Poftak joined the MBTA as General Manager. General Manager Poftak, who previously served as the Vice Chair of the Fiscal and Management Control Board and as a Director of the MassDOT Board since 2015, comes to the T from the Harvard Kennedy School, where he was Executive Director of the Rappaport Institute for Greater Boston.

Previously, Poftak was Research Director and Director of the Center for Better Government at the Pioneer Institute for Public Policy Research. Prior to that, he worked at the Commonwealth's Executive Office for Administration and Finance, where he managed the $1.3 billion capital budget, prepared the state's quarterly cash flow reporting, and monitored non-tax revenue receipts. Other experience includes service on the Commonwealth's Finance Advisory Board and Zero-Based Budget Commission.

Poftak holds an MBA from the Olin School at Babson College and a BA in Political Science from Middlebury College. He is a Boston resident and has children who attend the Boston Public Schools.​​