There's a lot more Charlie than Charlene at the T 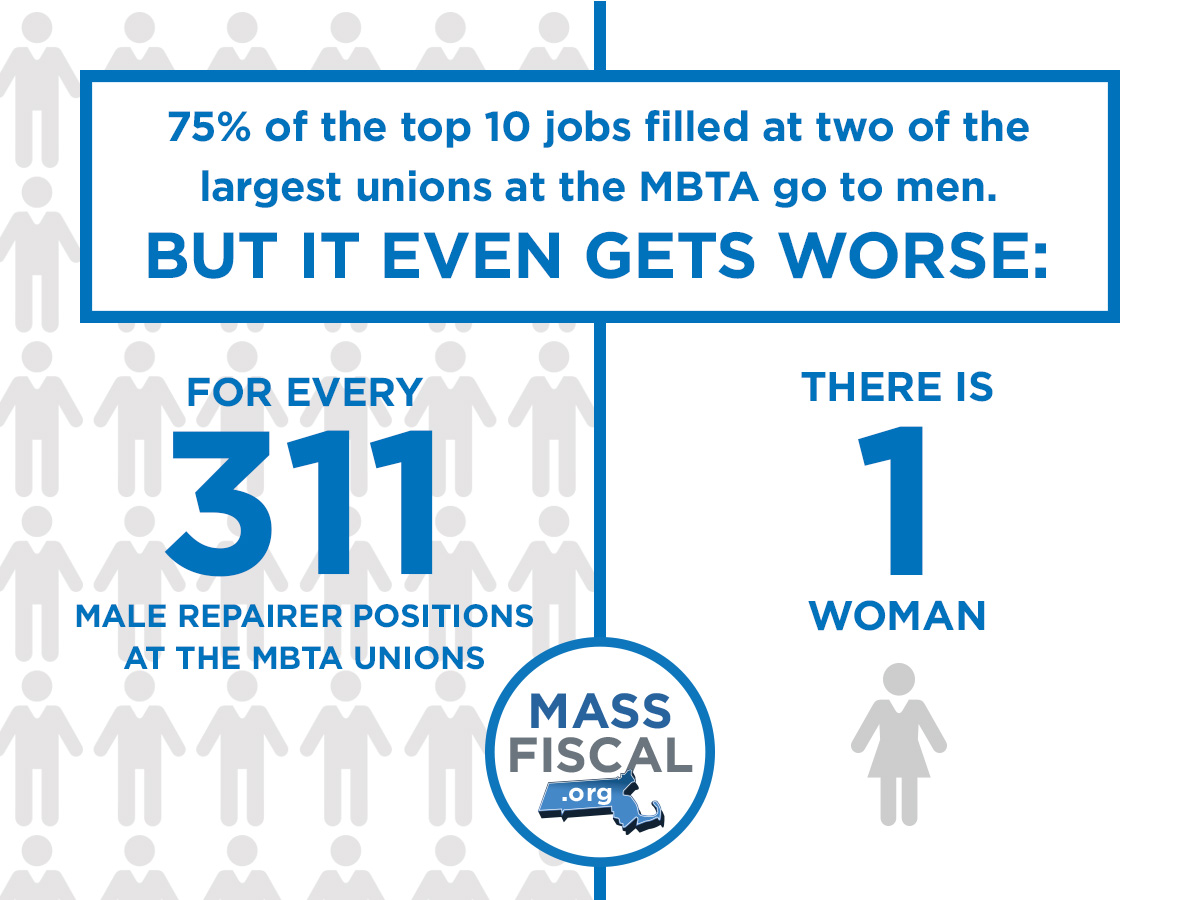 The two unions dominate the MBTA, and unsurprisingly, they are run by a largely male workforce. Of the top ten union positions, men filled majority of the positions. In fact, for four of the ten most populous job categories, women made up less than ten percent of the workforce.

Amongst Repairers, only one woman is employed in the 312 positions available (less than .05%). Amongst 1,368 Surface Operators, the most common job included in the two unions, only 27 percent are women.

For a more complete breakdown, see below.