Number of Significant Votes in House, Lowest in Twenty Years

As we’ve worked to educate and inform voters about the inner workings of the House of Representatives, we’ve noticed a disturbing trend. Thanks to Insta Trac, one of Boston’s most respected legislative research firms, we’ve confirmed that Massachusetts representatives have taken fewer non-procedural roll call votes this year than in any other in the past twenty. (Data are not reliable for years prior to 1995.)

"The math is pretty simple[,]" the Boston Globe reports, "First, take the total roll call votes that lawmakers cast between January and July, before their summer recess. Then, strip out veto overrides and related votes, which represent more reaction to the governor than proactive policy. And voila, you’re left with the lowest spring vote total in two decades: 125." 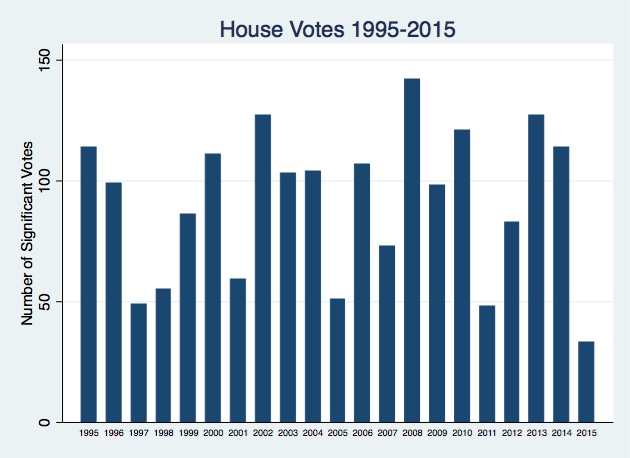 Fewer roll call votes is bad news for good lawmaking. When legislators work under the cover of voice votes and skip the debate on important issues, accountability suffers.

We at MassFiscal believe the decrease in roll call votes is an unintended consequence of our work to educate voters on the actions of their legislators. The decline in roll call votes began just after we began our mail advocacy campaign last year and has paralleled our increased education efforts. Our comprehensive advocacy includes the Legislative Scorecard, an on-line record of every representative’s most important vote catalogued in an easy-to-understand format; letters to the editor and opinion pieces; and direct mail, radio, newspaper, and web advertisements. 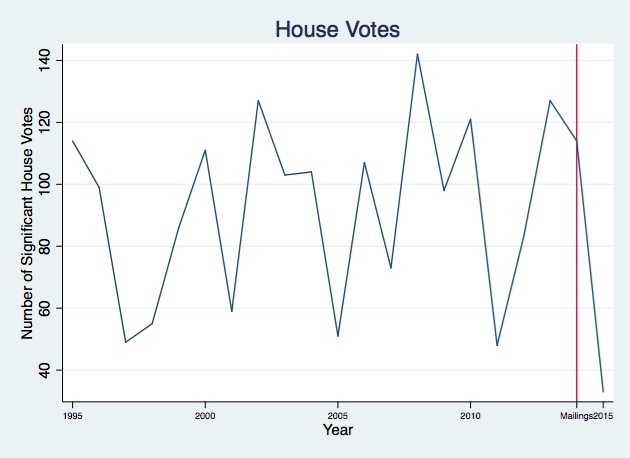 Because we’ve made it easier for voters to know what their representative is up to, House leadership has made that information harder to discover by not voting. The House of Representatives has only voted on 33 significant votes this year. This is a drastic deviation from the average number of significant votes over the twenty year period: approximately 91.

Despite the increased challenge, we at MassFiscal vow to continue to educate and inform the citizens of our state.

Executive director of MassFiscal Paul Craney said, "Our advocacy work has been extremely effective. The coalition of voters who demand fiscally responsible, accountable government grows stronger every day. I'm disappointed the Legislature has chosen a duck-and-cover response to our efforts. Hiding may be an effective short-term strategy, but in the long term, open government will win out."