Join the Massachusetts Fiscal Alliance for a brunch reception with Wisconsin Governor Scott Walker, Tuesday, September 13, 2016. This event is open to all Advisory Committee members. The location will be in Boston and provided upon RSVP. 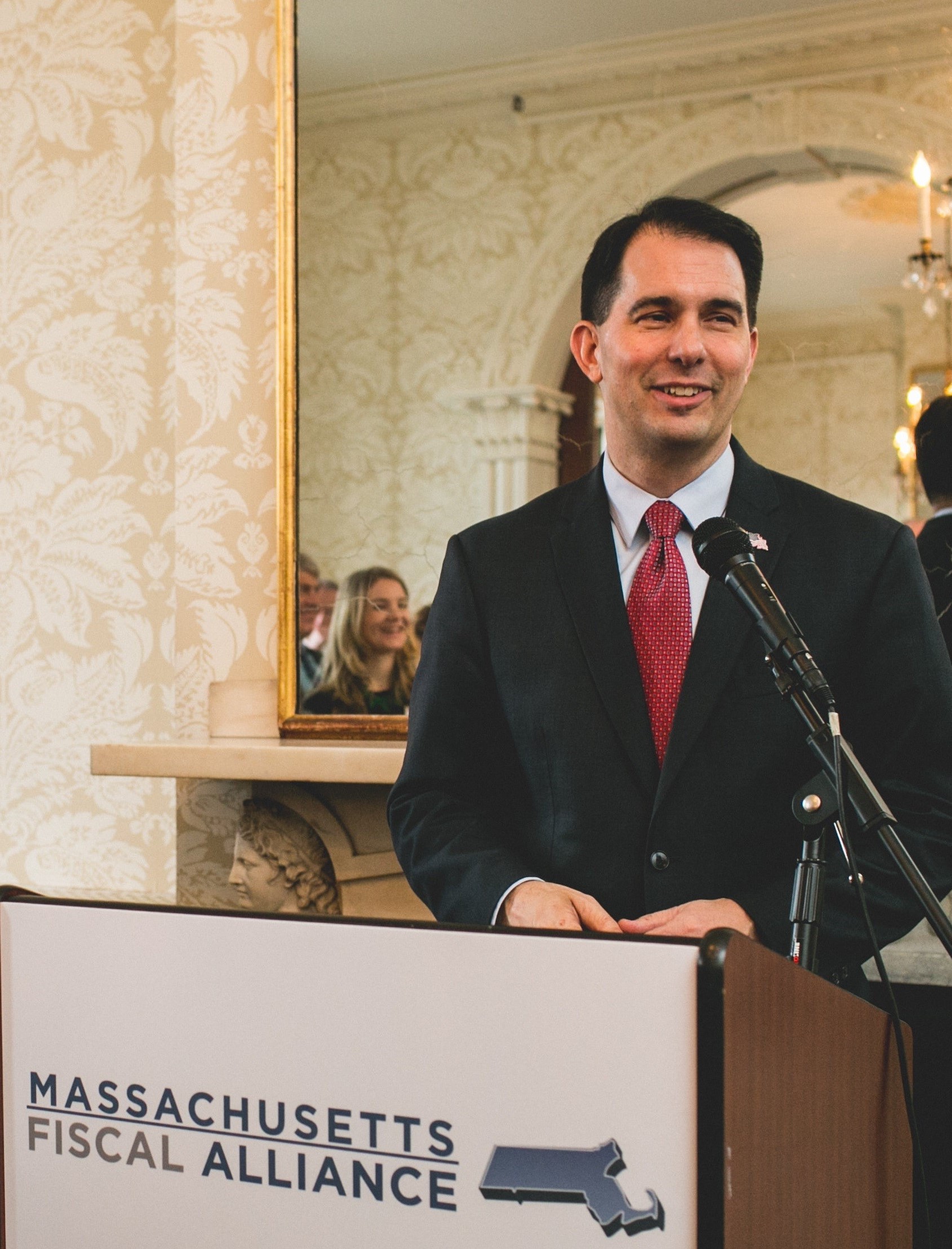 Governor Scott Walker is the 45th and current Governor of Wisconsin. Shortly after his inauguration in 2011, Walker introduced a budget plan which limited the collective bargaining of most Wisconsin public employees. The response to Walker's policies included protests at the Wisconsin State Capitol and an effort to recall Walker. Walker won the recall election, becoming the first American governor to survive a recall effort.

Governor Walker was sworn in to his second term on January 5, 2015.  He is focused on continuing to move Wisconsin forward with his vision of freedom and prosperity for all who live in this great state.  He will continue to reform education to ensure accountability for all schools receiving public funds, as well as make sure no school district in the state is required to adopt the Common Core standards.  He will also continue cutting bureaucratic red tape so government is more effective, more efficient, and more accountable.

Governor Walker is married to Tonette, and they have two sons in college.