Following today’s latest report from AAA, Massachusetts motorists are now paying the highest recorded average price for gasoline ever experienced in state history. Today, the average for a gallon of regular gas is $4.169, which according to AAA, breaks the state record. Only a day ago, the average price was $4.079, a 2% increase overnight. A week ago, the price was $3.62 (15% increase), a month ago the price was $3.44 (22% increase), and a year ago, the price was $2.689 (55%). According to AAA, motorists on the Cape and Islands are feeling the highest increases, as gasoline is topping $5 a gallon for regular. Below are two pictures taken today of gas prices on Nantucket Island. 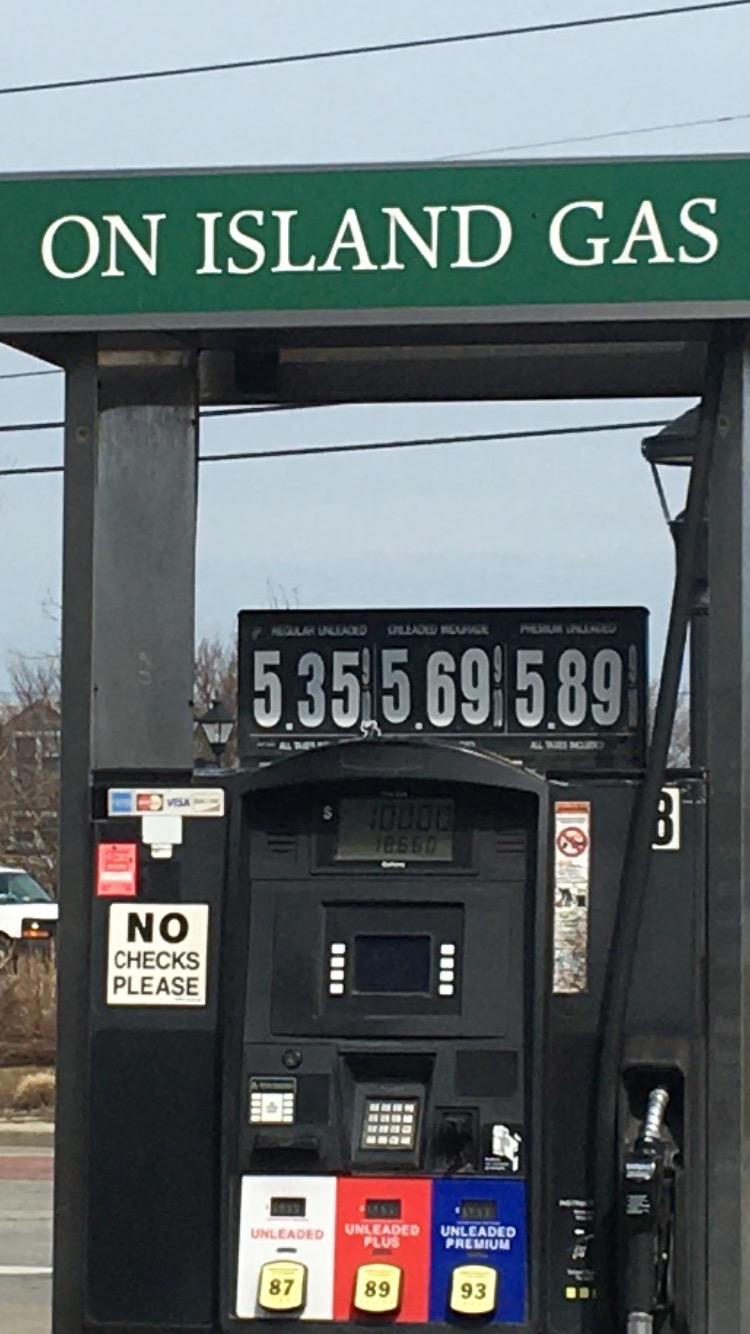 MassFiscal is calling on State House lawmakers to temporarily suspend the state gas tax and is also urging Members of Congress to push the Biden Administration to allow increases in domestic fuel production. The Massachusetts gasoline tax is 24 cents a gallon. A temporary suspension of the tax would provide a 6% reduction and bring a gallon of gasoline back below $4 a gallon.

“Massachusetts State House politicians seem unaware of the economic suffering around them. Their failure to act, along with the Biden administration’s failed policies, are resulting in the highest gas prices Massachusetts motorists have ever paid at the pump,” stated Paul Diego Craney, spokesman for the Massachusetts Fiscal Alliance.

In January of 2017, lawmakers successfully voted themselves a 40% pay raise which included a payment to drive to work. On March 4, 2020, the Massachusetts House voted to raise the state’s gasoline tax by 5 cents. Fortunately, the 2020 gas tax hike did not become law.

“In 2017, the first vote lawmakers took was to give themselves a pay raise, making sure they were robustly compensated to drive to work. In that regard, our State House lawmakers realized the increasing cost of gas prices. Fast forward to today, and the legislature is now failing to act for everyday Massachusetts motorists, while the Biden administration refuses to restore policies that once resulted in energy independence and lower costs,” continued Craney.

“Massachusetts motorists desperately need action from their State House lawmakers and Members of Congress. Future inaction will result in further failure and higher costs. Motorists need their State House lawmakers to temporarily suspend the state gasoline tax and they need their Members of Congress to push the Biden administration to turn our domestic energy production on. We cannot afford anymore delay,” concluded Craney.