Your Vote on Tuesday

If you cannot vote on Election Day, there are new options this year. Massachusetts joins 36 other states in allowing voters to vote early in the 2018 election cycle for local, state and federal elections.

Early voting will run to Friday, November 2. In addition to voting early, one might also choose to vote by mail, the same way one would cast an absentee ballot.

Here are the details:

EARLY VOTING: You can find where your early voting location is by visiting the Secretary of State's website. Use the drop-down menu and find your town. To get started, click here.

VOTE BY MAIL: If you prefer to vote by mail, please download the Vote by Mail Application here. Simply print the form, complete it, sign, and mail it back to your Town Clerk. The Clerk will mail you your official ballot. All vote by mail ballots that were sent domestically, must be received by your town clerk by election day. 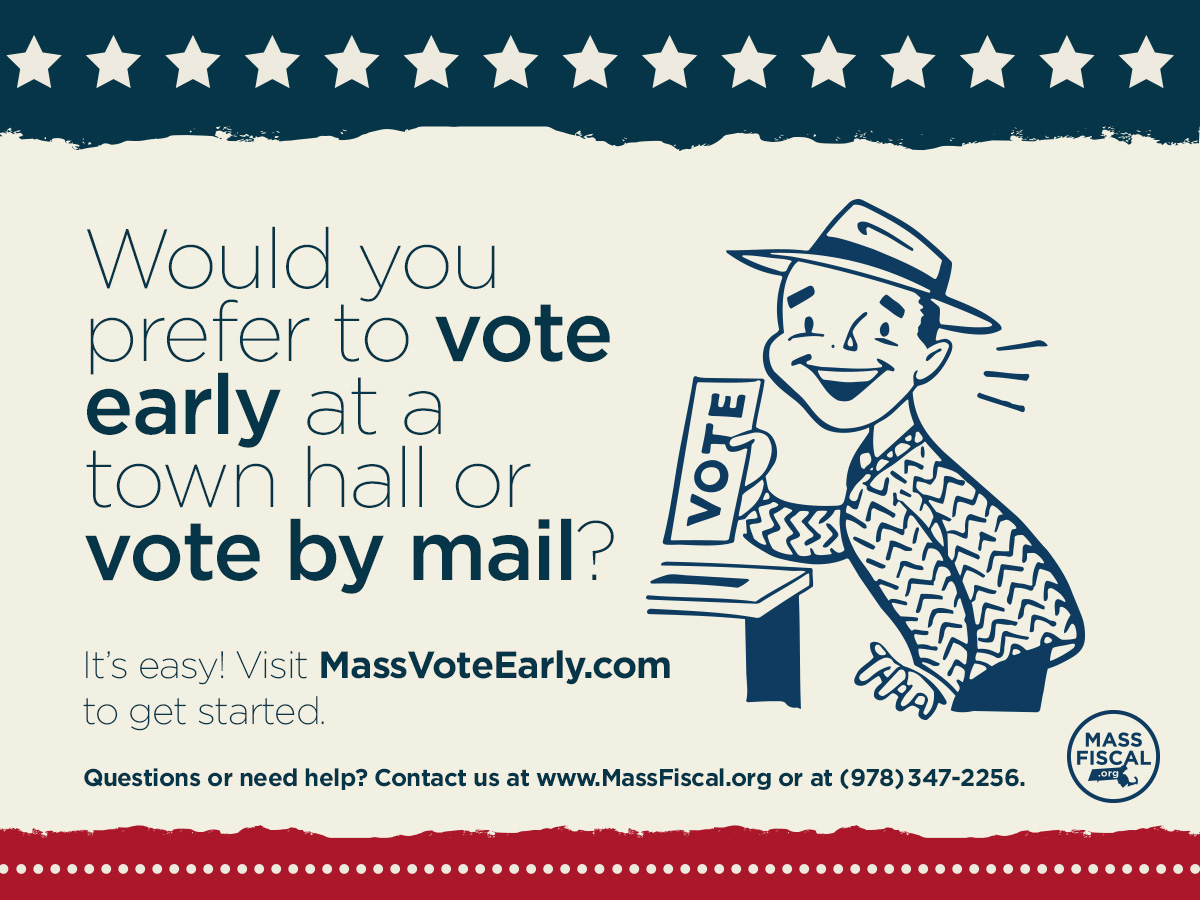 Did you get one of our mailers on Prop 80? If so, here’s a challenge for you: poke around the official House and Senate websites, and try to find how your legislator voted on advancing Proposition 80, the proposed income tax hike headed for the 2018 ballot. We sent over 100,000 of these cards to people in key towns and cities around the state.

Prop 80 proposes a constitutional change away from the state’s flat tax rate in Massachusetts, in which all taxpayers pay the same percentage, and toward a graduated income tax. Tax-happy special interests have been pushing similar schemes for years, and voters have consistently rejected graduated income tax proposals.

Under the current plan, some taxpayers will see an outrageous 80 percent increase in their tax rate.

If you can find the vote on the legislature’s website, take a screen shot. Email us at info@massfiscal.org. We’ll send the first 20 respondents one of our “I Oppose Prop. 80” coffee mugs, free of charge! 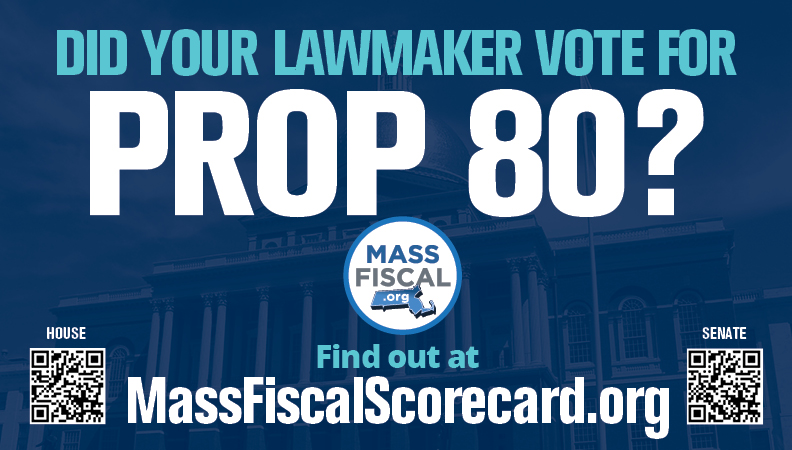 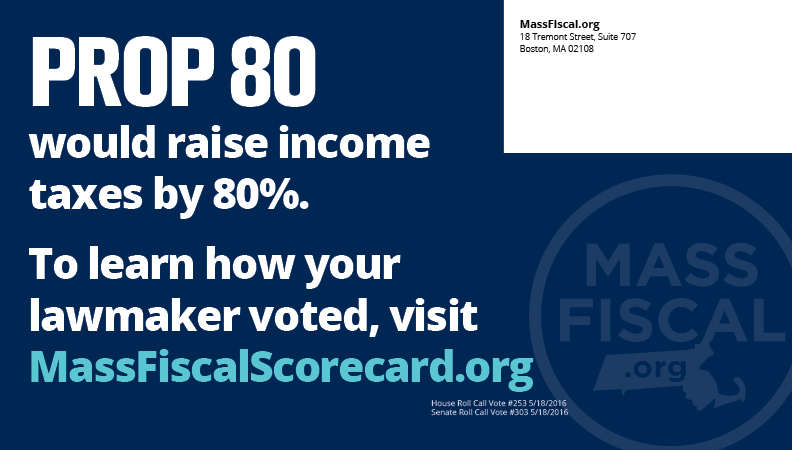 The Veto Pen and the Legislature

You might remember back in July all the fuss about Governor Baker's budget vetoes. The legislature rejected the idea that the budget they passed was out of whack, and overrode many of Baker's proposed cuts.

Well, we're nearly done with the first quarter of the fiscal year, and guess what? Revenue projections are down, legal fees and judgments are up, and the budget is most definitely out of whack. In fact, the gap is just about the same amount as the total in veto overrides passed by the legislature this summer.

Governor Baker is too sophisticated to say "I told you so," but MassFiscal isn't.

The legislature's childish refusal to work with Governor Baker on building a responsible budget back in July means he will need to make emergency cuts now and going forward. Wouldn't it have been smarter to put forward a reasonable budget plan to begin with?

As you know, we've been promoting the Fiscal Scorecard among voters in targeted areas across the state. Take a look at the scorecard here, and see how your legislator voted on the overrides.

Voters can make better choices, knowing which reps and senators voted to spend money we just don't have.