Bob Massie, a 2018 Gubernatorial candidate seems to have broken several campaign finance regulations regarding the disclosure of his donors as well as his withdrawals from his campaign coffers. We have sent a letter to the OCPF asking them to investigate the campaign's activities. You can read the original article here.

Here are the roll call votes: 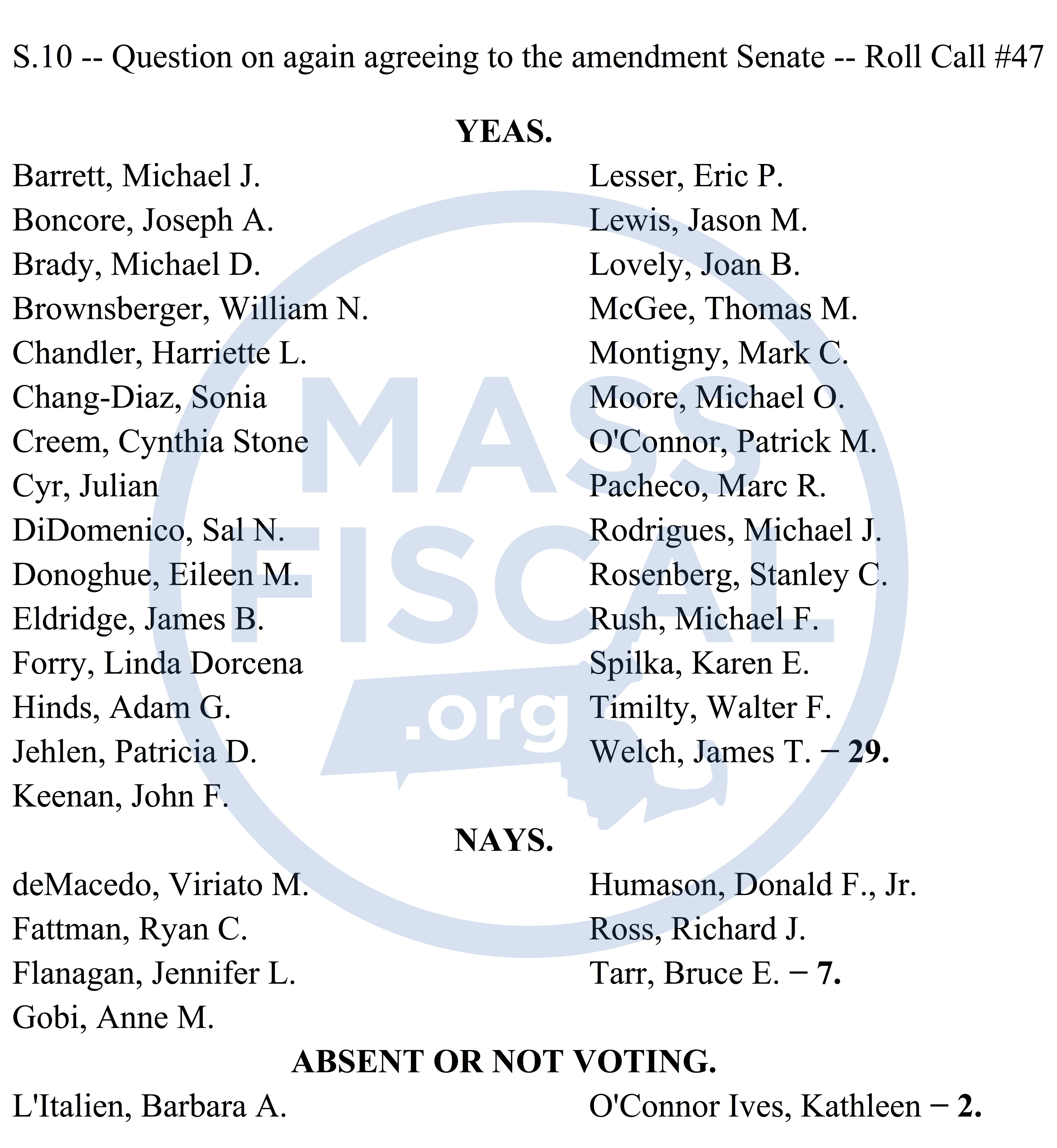 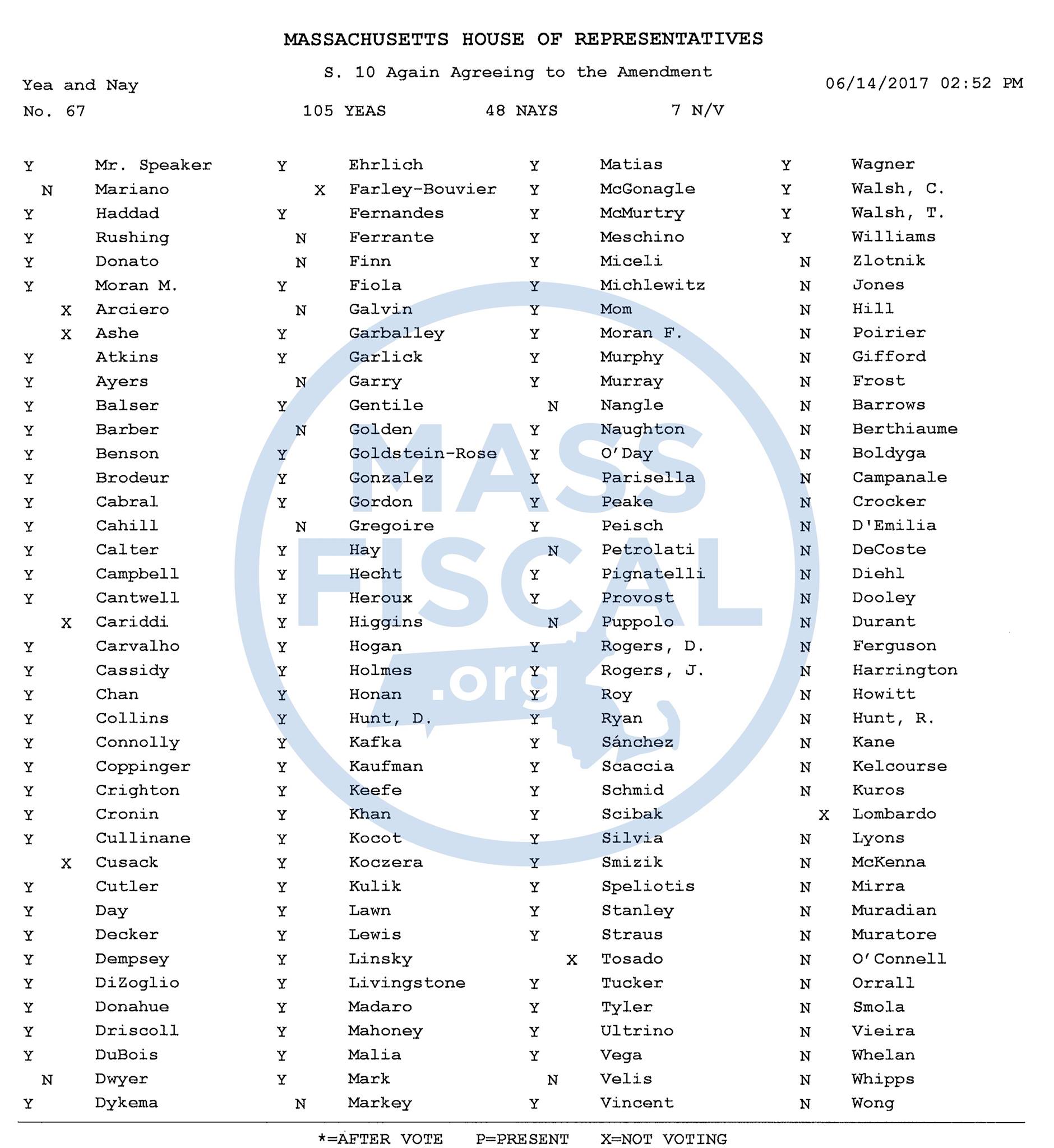 Stop me when you’ve heard this story:

Speaker Bob DeLeo and Senate President Stan Rosenberg aggressively push through an ambitious budget laden with earmarks, and lacking in transparency. They override the Governor’s vetoes and his pleas for increased fiscal responsibility…  In June, as the state faces an inevitable budget shortfall, Gov. Baker intercedes and cuts hundreds of millions. The following year, the Speaker and Senate President repeat the same process. As of this week, the state is facing a $439M budget deficit.

This week, Rosenberg will call for a vote on Prop. 80 – or as he calls it “The Fair Share Amendment.” The proposition is simple: all taxpayers in Massachusetts earning over $1M will incur an additional 4% tax levy, taking their tax rate to 9.1%; an 80% increase. If passed, it would become a ballot question for the 2018 election to amend the state constitution. The state constitution forbids a graduated tax schedule -- higher taxes for higher wages -- meaning the measure will have to be a ballot initiative to amend the Constitution.

Proponents of the amendment argue the increased tax revenue will fund transportation and education. As the old adage goes; if it sounds too good to be true, it is. Prop. 80 is not only unsound tax policy, it is a Beacon Hill bailout for the legislature’s uncontrollable spending habit. It is an 80% tax increase that pays for a 40% pay raise.

Prop. 80, originally concocted by the Dirty Dozen, will force the state to take an enormous risk with its budget structure. The last time a graduated income tax was taken to the ballot box, it was met with a resounding “no” by voters, with a 65% to 28% defeat. It has actually been defeated at the ballot box on five separate occasions. Voters approved in 2000, to reduce the income tax rate to 5%, but lawmakers have only allowed it to decease to 5.1%.

The new tax will target 19,600 individuals, or .05% of all taxpayers in MA, forecasted to generate $2,000,000,000 in tax revenues. Yet, the underlying assumption is that as taxpayers, we are okay with .05% paying for 30% of the budget cost. Even if this is true, any volatility in the 19,600 filers will result in devastating budget shortfalls. In fact, the entire proposal is based on unrealistic actuarial assumptions. Of the 19,600 filers, the 900 of whom will make more than $10M a year will contribute 53% of new tax revenue, according to the Mass Taxpayer’s Foundation. In that subsection, if just one third of the filers left the state, this would result in a $750M shortfall in revenue.

Let’s say state taxpayers want to take the risk with the state budget.  Prop. 80 is still a governance and good government nightmare.

One talking point of the proposition states that all the funds are set aside for education and transportation. But this is plainly misleading. The measure states that all the funds are “subject to appropriation,” which means that the revenue collected goes right into the general slush fund for legislators to use as they please. In the same way that this is a $2,000,000,000 tax hike and appropriation for specific spending, if passed, there would be nothing preventing other special interest groups from amending the state constitution to budget their wishful pet projects. The same is true regarding budgeting a tax break into the state constitution.

Should this pass, the legislature would be hamstrung to change the law. On several occasions, the legislature has passed laws that they were later forced to repeal because of complications from existing statutes. Most recently in FY2014, Beacon Hill passed a sales tax on computer software services. The bill was later repealed because it proved nearly impossible to determine which types of sales were subject to the tax code. As the economy changed, so did the statute. Prop. 80 is different because the changes would come as a constitutional amendment. Connecticut made this mistake and the Governor has publicly stated it was mistake. Should unforeseen consequences arise as a result of the amendment, the legislature would need to pass yet another constitutional amendment. If the economy changed the day after Prop. 80 went into effect, Beacon Hill wouldn’t be able to adjust until 2023.

If you would like to contact your lawmaker and urge them to vote against Prop. 80, a Beacon Hill bailout, a 80% tax increase to pay for a 40% pay raise, please click here. 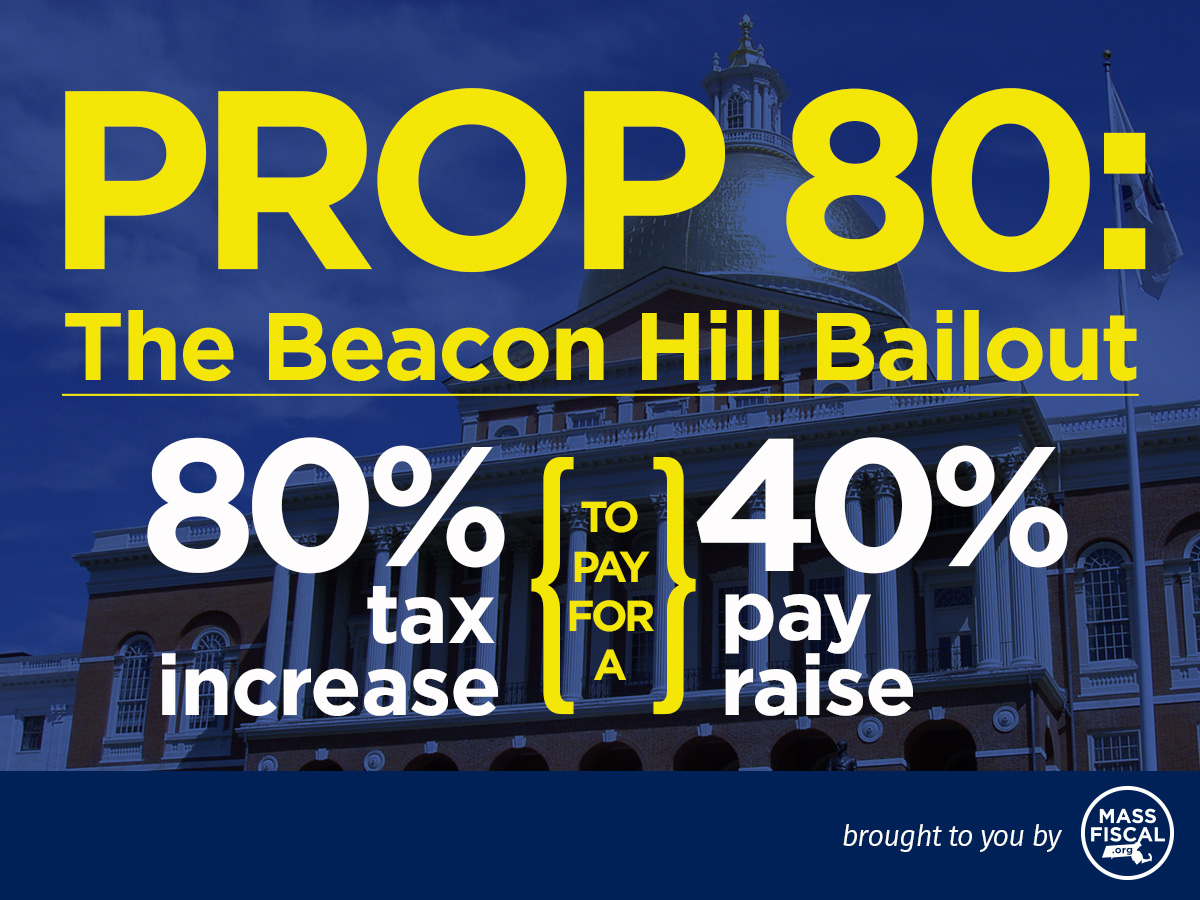 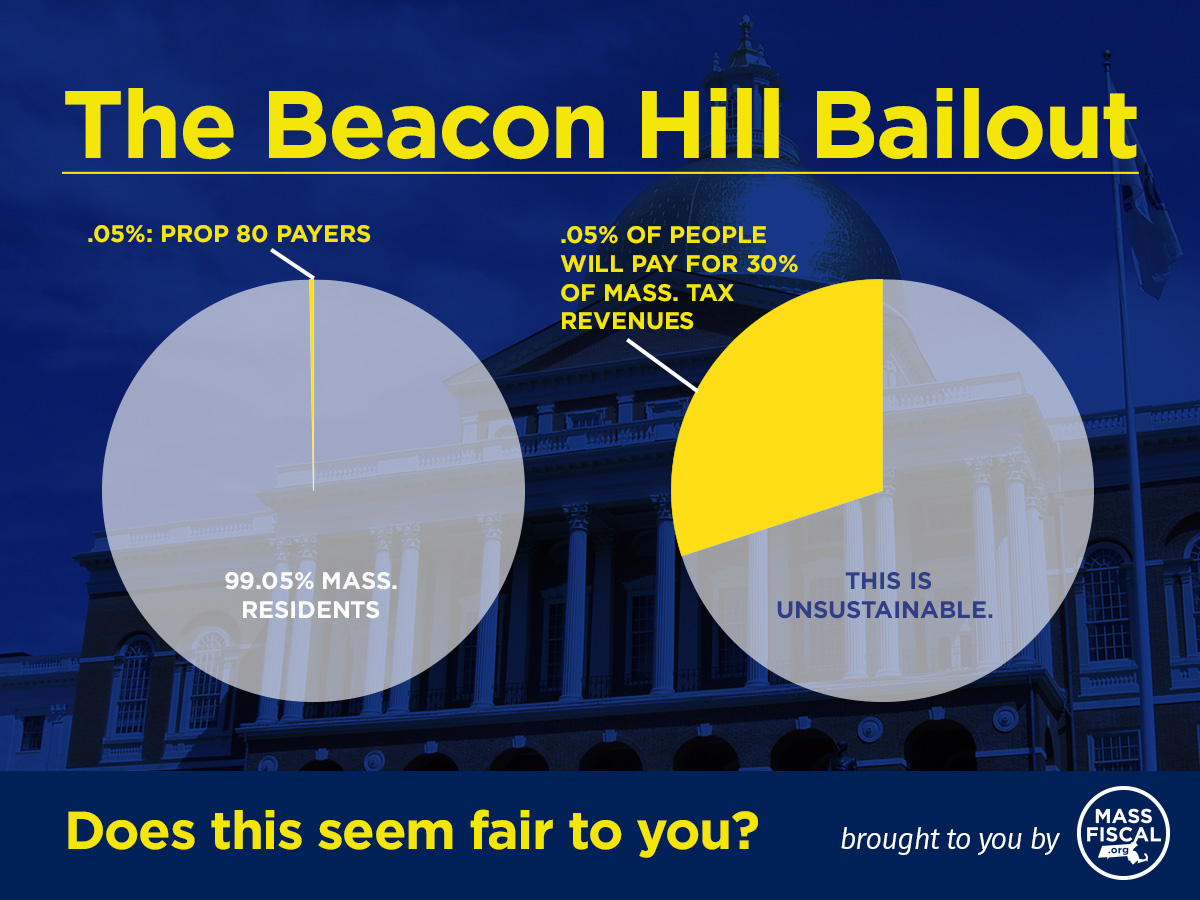