For the Seventh Time: Big Gov’t Lawmakers Will Push for a Grad Tax via an 80% Tax Hike to the State Constitution

On Wednesday, lawmakers will once again vote to amend the state constitution to make Massachusetts a graduated income tax state. Just like last time, they want to raise taxes by 80% on Massachusetts high earners. This is their seventh attempt! Similar attempts have been rejected by the voters in 1962, 1968, 1972, 1976, and 1994. In 1994, the voters rejected it by a 65% margin, with 316 of the state's 351 municipalities voting against it. To download a copy of the election results, click here.

Last year, the state’s highest court found a similar tax scheme to be unconstitutional. Massachusetts voters have rejected a similar efforts six times. There is no other ballot question more debated and failed as the graduated income tax proposal.

MassFiscal's recent advocacy was sent as mailers and social media digital ads warning constituents of this vote. Our political team educated constituents in dozens of legislative districts, in the hopes that lawmakers will hear the concerns of their constituents. Too often, lawmakers quietly pass tax increases without the public being aware, as they did with the new taxes on AirBnB and other online vacation companies. 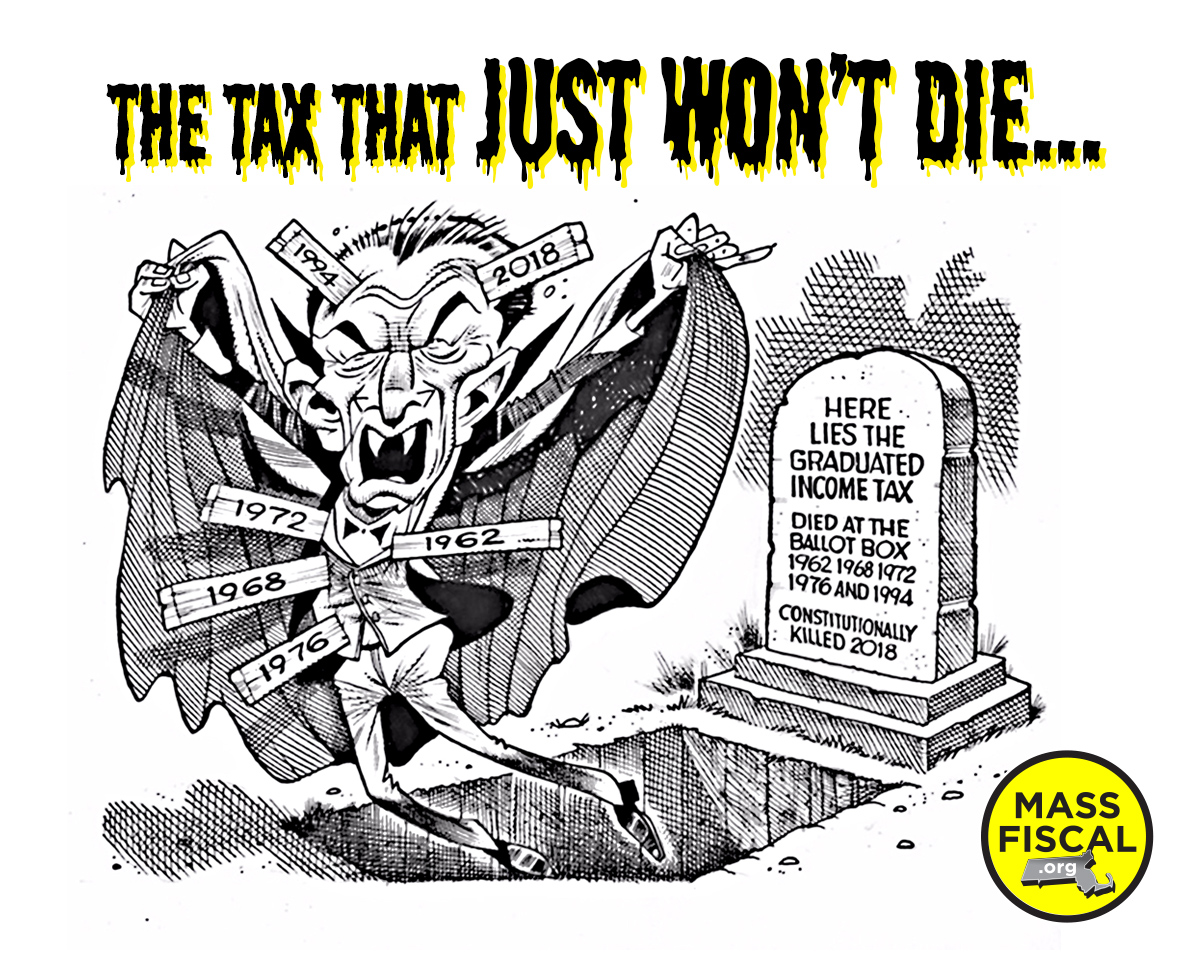 (A copy of MassFiscal's advocacy)

Their latest scheme, like so many previous failed schemes, has created some excitement by big government politicians. We know why, if they are successful, it would remove our constitutionally guaranteed rights to equal taxation. It starts with high earners, but once all our constitutional protections are removed, lawmakers will then be able to raise taxes on other income brackets freely, without constraint. Just look at what happened to Connecticut when taxpayers are not protected.

If big government lawmakers need further proof, the Tax Foundation, a non-partisan DC based tax policy think tank, warned states to not rely too heavily on the income tax. They say, "a state’s mix of tax sources carries implications for revenue stability and economic growth. Income taxes tend to be more harmful to economic growth than consumption taxes and property taxes since they affect labor participation, saving, and investment." Below is the Tax Foundation's map of all fifty states and their reliance on the income tax. For more information on this study, click here. 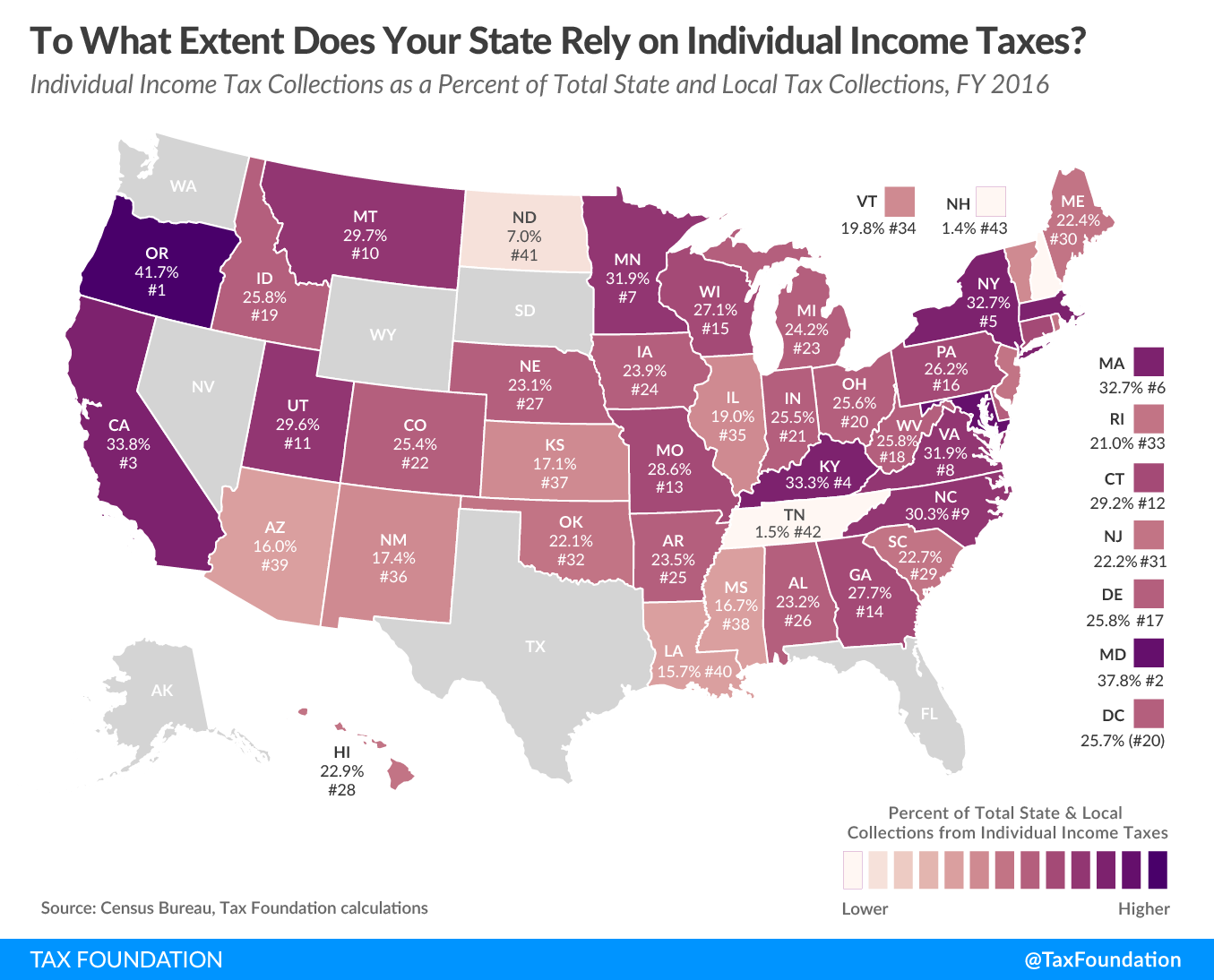 There are a lot of important problems that need legislative attention. Massachusetts has one of the highest levels of debt per capita in the country and our state's healthcare costs continue to balloon. The Massachusetts Paid Family Leave tax is set to go into effect on July 1 which will take a chuck out of almost every employee’s paycheck.

Last session, lawmakers awarded themselves massive, 40% pay raises. These lawmakers should earn their recent pay raises and work on solving those issues before trying to change the constitution to raise our taxes in order to fund more of their bad habits.

Contact your lawmakers today and tell them to vote against the proposed amendment to the state constitution to increase taxes by 80% and make Massachusetts a graduated income tax state. To complete MassFiscal's Call to Action, click the link below. Once you are done, please share with like minded friends and on your social media pages. 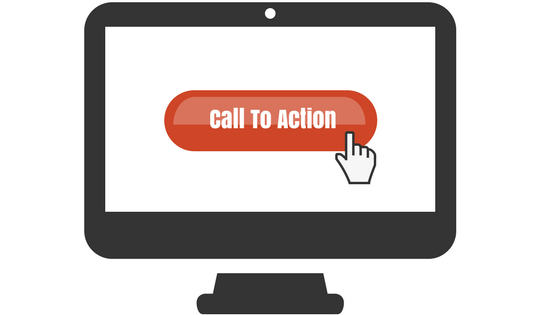