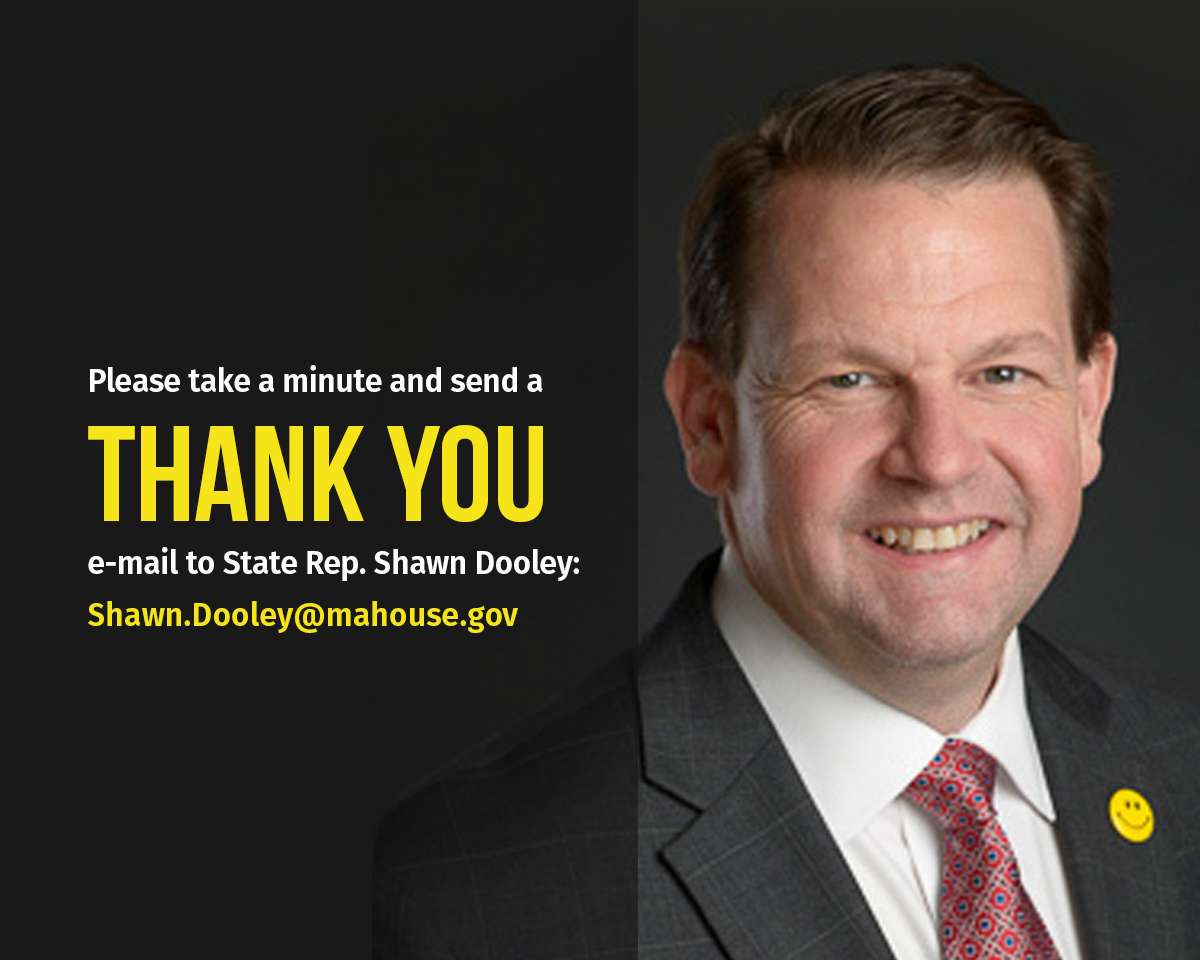 Massachusetts Fiscal Alliance would like to thank state Rep. Shawn Dooley (R-Norfolk), for being the only House lawmaker who voted against H.3854. This bill would give union bosses more power over state workers and access to their personal contact information without consent. Please take a minute and send a thank you email to Rep. Dooley at: [email protected]

all offered amendments to protect the privacy of state workers, but their amendments failed to pass. Their roll call votes on these amendments will be posted and scored at our legislative scorecard, www.MassFiscalScorecard.org. There, you can search to see how your lawmaker voted. Make sure to post your lawmaker's score on your social media pages.

H.3854 gives union bosses the green light to harass and intimidate state workers who are not enrolled in a union. They can flex their muscle as much as they want, to the detriment of our state workers, and Massachusetts can thank the 155 House lawmakers who voted for it.

The Massachusetts union bosses and the Speaker of the House have such a strong grip on House lawmakers, that even though there are obvious privacy concerns, House Minority Leader Brad Jones (R-Reading) publicly defended his vote in favor. He told Commonwealth Magazine, “I understood the privacy concerns. I voted for some of the amendments. I think at the end of the day, the merits of the bill were not outweighed by those concerns.”

H.3854 would require the personal information, including home address, personal phone numbers, and email addresses of all public employees and their family be given to union bosses without consent or security policies in place. Under this bill, if a union worker wants to quit a union and stop paying dues, they could be forced to wait up to a year. It would also allow union bosses the freedom to use taxpayer funded resources to communicate about elections and union business.

With this bill passing in the House, it’s now headed to the state Senate and then to the Governor's desk. If this bill gets signed into law, it will most likely be challenged in the courts because it violates the personal privacy of state workers.

The Pioneer Institute, the National Federation of Independent Businesses, the Massachusetts Municipal Association, and MassFiscal all voiced either opposition or concern over this bill. Despite this, none of the amendment ideas to improve the bill were included.

Prior to the vote, MassFiscal sent a letter to Speaker DeLeo, urging him to oppose it due to the privacy concerns for state workers. A copy our letter is below. 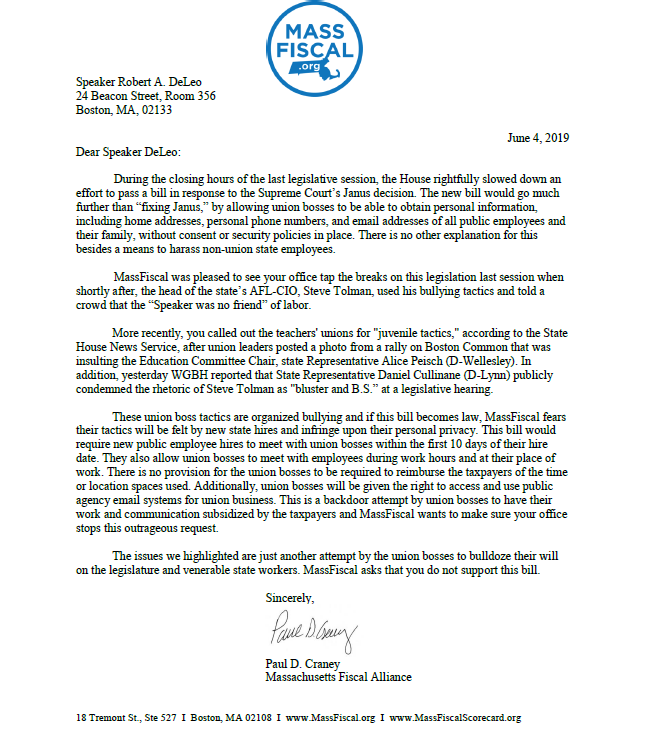 Make sure to check MassFiscal's Call to Action, for future updates on this bill.