Boston, MA  – Today, Massachusetts Fiscal Alliance (MassFiscal), a nonpartisan nonprofit represented by the Institute for Free Speech will file a federal lawsuit alleging that some Massachusetts campaign finance laws are unconstitutional. Unlike most states, Massachusetts requires ads that name candidates within 90 days of a general election to include a statement from a principal officer of the organization running the ad, a list of the organization’s top five contributors, and a link to a government website. The group believes this information is irrelevant and cannot be required in disclaimers. 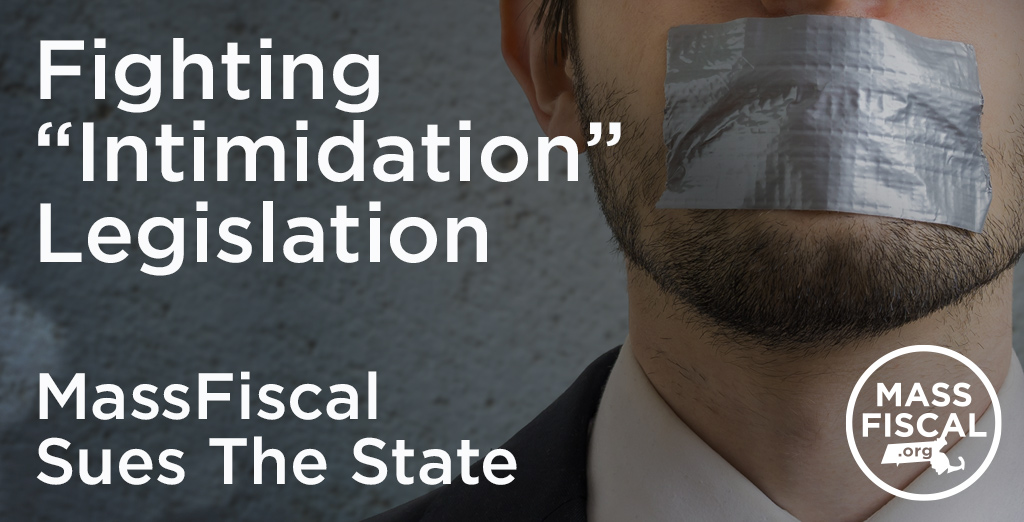 “There is no legitimate reason for the government to require a group’s CEO to appear on-screen during an ad. Nor is there justification for listing individual donors on ads they may know nothing about. These requirements simply raise the cost of speaking about government by forcing speakers to waste their resources promoting the government’s message,” explained Institute for Free Speech Legal Director Allen Dickerson.

MassFiscal is not challenging the state’s disclosure and reporting requirements. The group simply objects to being forced to publish irrelevant information about its officers and donors on the face of its ads. These requirements may result in viewers making biased judgments about an ad based on the officer’s sex, gender, race, speech pattern, or other irrelevant personal characteristics. For donors, these requirements imply they funded the ad, when in reality they may know nothing about the ad – or even disagree with it – and simply support the organization’s overall mission.

The Massachusetts legislature passed the laws at issue in the case in 2010 and 2014.

“The two major revisions to our state’s campaign finance laws that have occurred over the last several years are classic examples of intimidation legislation, plain and simple. Our state government should be working to expand our First Amendment rights, not contract them. This lawsuit is not about getting rid of the disclosure. Rather, this is about removing intimidation from the process,” commented Paul Craney, a member of the Massachusetts Fiscal Alliance Board of Directors and spokesman for the organization.

In addition to violating the privacy of a group’s supporters and biasing the perception of advertisers, Massachusetts’ disclaimer requirements impose significant costs on speakers. The lawsuit estimates that the disclaimer takes up 8 seconds of an ad – television airtime worth hundreds of dollars. Considering that few ads air only once, Massachusetts’ disclaimer rules can add thousands of dollars to an effective advertising campaign. If a group does not comply with the law correctly, it can face substantial fines or even criminal prosecution.

MassFiscal wants to advertise legislative scorecards and educate the public on the legislature’s vote to increase its pay while raising taxes. However, MassFiscal will choose silence rather than allow the government to co-opt its message and violate the rights of its members.

The lawsuit will be brought before the United States District Court for the District of Massachusetts. To read the Institute’s complaint, click here.