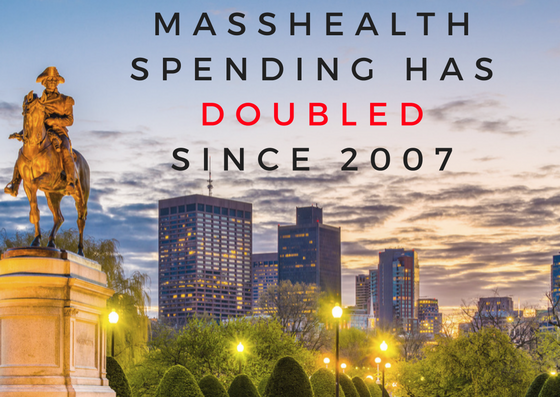 This week, both the House and Senate voted down Governor Baker’s MassHealth reform package. Baker included these reforms for a second time in an amendment to the budget he received from the legislature, giving them a second chance to take control of the state’s out of control spending. The breakdown of the votes were 41-116 in the House and 6-31 in the Senate. Both chambers did, however include an increase in the EMAC (Employer Medical Assistance Contribution) rate on employers as well as a slow in the increase of the Unemployment Insurance rate for a two-year period, which will partially further burden businesses without fixing the problem.

Currently MassHealth spending makes up just under 42% of the state budget. MassHealth enrollment and spending has almost doubled in the last 10 years with just under two million people enrolled today. This rate of growth is unsustainable, and Governor Baker’s reform package took steps in the right direction.

Updated scores and votes may be found on our scorecard. Please SHARE and LIKE on social media.