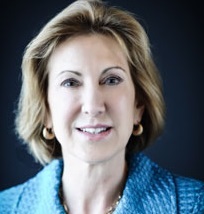 Please join Massachusetts Fiscal Alliance's Advisory Committee for a reception with Carly Fiorina on Tuesday, February 10th from 6:30pm to 8pm at the Union Club located at 8 Park Street in Boston.

You may become a member of the Advisory Committee and attend all our events throughout the year, including this event. In the past, we have had such speakers including US Senator Kelly Ayotte (R-NH), author and former White House advisor David Frum, and the editor of National Review Rich Lowry. Open bar and copies of Carly's book will be available for sale at the reception. By joining the Advisory Committee, you will help contribute to the work Massachusetts Fiscal Alliance does and be a member of our financial backbone of the organization. To RSVP for this event and join the Advisory Committee, please follow the instructions below. If you prefer not to join the Advisory Committee but would still like to purchase a single ticket to this reception, you may do so below. If you have any questions, please contact us by clicking here.

Carly is a true leader and a seasoned problem‐solver. She is a passionate, articulate advocate for conservative policies that advance economic growth, entrepreneurship, innovation, and effective leadership. Through extensive experience she has learned that human potential is a limitless and uniquely powerful resource that can be unlocked, inspired and focused on worthy goals and common purpose. She knows that conservative principles, applied in a twenty‐first century context, are the most effective way to unleash this potential for positive change in communities, organizations of all kinds and our nation.

Carly started out as a secretary for a small real‐estate business. She then joined AT&T in an entry‐ level sales position. Fifteen years later she led AT&T’s spin‐out of Lucent Technologies and then Lucent’s North American operations. In 1999, she was recruited to Hewlett‐Packard where she would become the first woman to lead a Fortune 50 business. In her six years as Chairman and CEO of HP, she would double its revenues to $90 billion; more than quadruple its growth to 9%; triple the rate of innovation to 11 patents a day; achieve market leadership in every market and product category and quadruple cash‐flow. She traveled the globe and made lifelong friends from countries in Europe, Africa, Asia and the Americas.

Carly has always believed in giving back to the community and has been an active participant in government and politics. She has served in a large number of advisory and policy‐making positions for national and state governments. She currently serves as the Chairman of the American Conservative Union Foundation, which annually hosts CPAC (the largest annual gathering of conservatives) and was founded by William F. Buckley and others; the Chairman of Good360, the world’s largest product philanthropy organization; and the Chairman of Opportunity International, a Christian‐based organization that lifts millions out of poverty through micro‐ finance.

Taking on tough challenges has been a hallmark of Carly’s life. In 2010, she didn’t shy away from a challenging run for the U.S. Senate when she took on one of Washington’s most entrenched liberals, Barbara Boxer, from the deep blue state of California. She earned more votes than any Republican nationwide that election‐cycle and raised over $25 million dollars in 12 months. On the campaign trail, Carly became known for her proud adherence to conservative philosophy and her mastery of the issues.