The Race to Raise Taxes

As positive cases of Coronavirus continue to decline in Massachusetts, legislative leaders have wasted no time getting back to their old tricks.

Leaders in all three branches have already begun talking about bringing their old, pre-pandemic tax increase plans back to the table. They’ve even suggested they would do it in a lame duck session AFTER the November election. 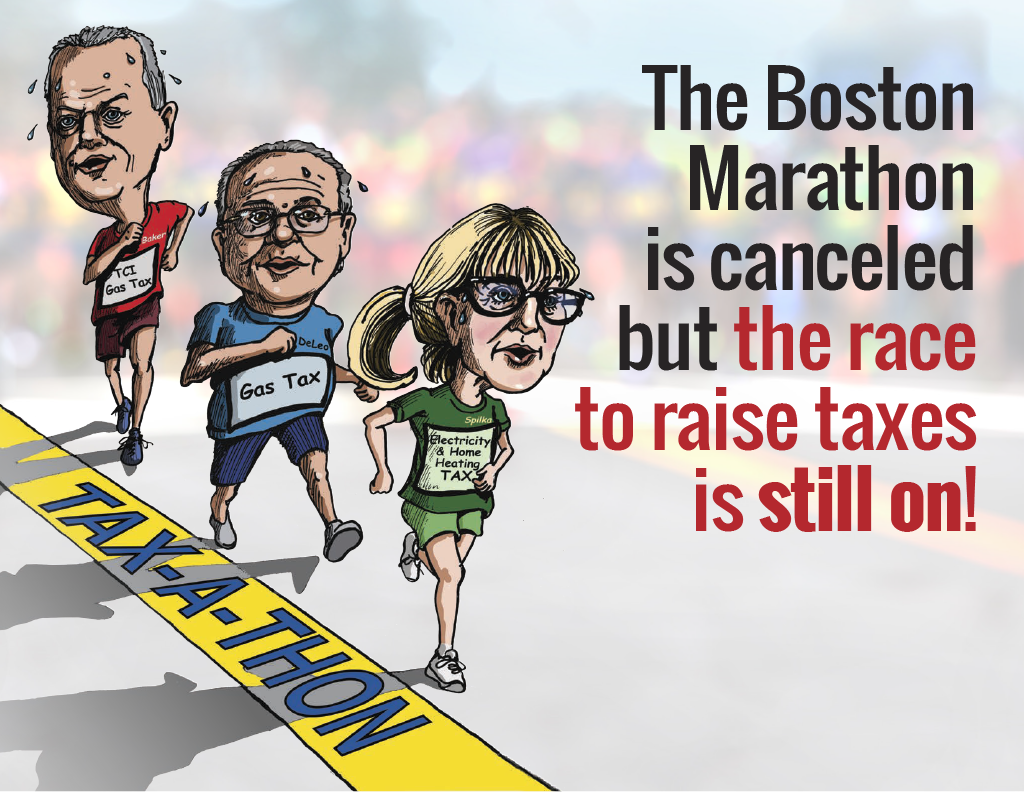 So which leader will prevail and win their RACE FOR NEW TAXES? Let’s take a look at the board:

Lane 1: SENATE PRESIDENT SPILKA
The Senate President’s tax increase of choice for 2020 is a general Carbon Tax that would see new taxes placed on a wide array of products ranging from basics such as ELECTRICITY, HOME HEATING FUEL, and GASOLINE. Her plan has the added kick of imposing California style regulations on things like faucets and plumbing fixtures and more.

Lane 2: SPEAKER BOB DELEO
For a left-wing liberal, Speaker DeLeo has always been little bit old fashioned and it shows in his tired plan to simply raise the gas tax. Gas taxes are among the most regressive taxes in existence and are especially burdensome when volatile gas prices skyrocket. If it seems like we’ve already dealt with this issue before, it’s because Speaker DeLeo already raised the gas tax a few years ago and he tried to tie it to inflation. That was eventually overturned by the voters.

Lane 3: Gov. Charlie Baker
With the pandemic shutdown and endless executive orders, one could be forgiven if they forgot about the Governor’s push to shackle the Commonwealth to the TCI compact. The Governor and his Environmental Secretary are still fully committed to this new tax, despite the enormous economic fallout from the pandemic and the resulting closures of businesses and skyrocketing unemployment. We’ll give this to the Governor, even as neighboring states drop out and declare their intention to avoid TCI as much as humanly possible, he continues to refuse to bow out of the race.

Legislative leaders might think these are good ideas from their ivory towers, but we know better. The Massachusetts economy is in a precarious and fragile state right now and any one of these taxes could spell disaster. That’s why we’re launching our new advocacy campaign, making sure people KNOW that their elected officials are irrational enough to still think taxes are a good idea for our embattled economy, and calling on them to reach out to their legislators and say NO to any new tax increases in 2020. You may see this campaign in your mailbox, on the radio, your social media, internet, and favorite newspaper.

Please help us get this campaign kicked off by contacting your lawmakers by clicking here. Then forward this email to your likeminded friends and family. Don’t forget to post our Call to Action to your Facebook and social media pages. Thank you!