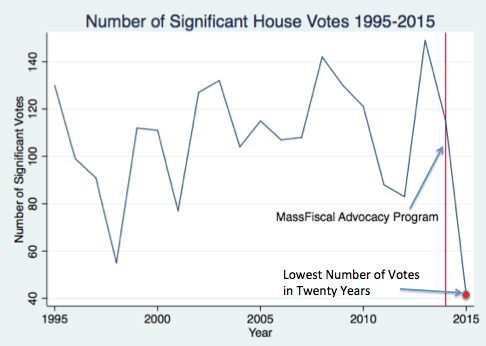 Today, Executive Director of MassFiscal Paul Craney called on Senator Brian Joyce of Milton to resign his Senate seat in light of a growing scandal surrounding his professional conduct.

“Brian Joyce clearly lacks a moral compass. He has used his Senate office for personal financial gain. No amount of dry cleaning will remove this stain, ” Craney said. “This kind of corruption is intolerable.”

Today’s Boston Globe highlights Joyce’s pressured abuse of a local dry cleaner. Earlier stories have detailed his use of campaign funds for personal expenses, including family parties and cars, and business ties to companies like Energi and Dunkin’ Donuts that cross the sacred divide between his senate office and his personal financial interests, ties that he failed to report on annual ethics filings.

“Accountability and transparency are crucial to good government, and improving Massachusetts’ performance in these areas is central to MassFiscal’s mission,” Craney said. “Joyce’s actions show a blatant disregard for those ideals. He’s the face of old-time strong-arm tactics and back room bargaining. It’s time for him to go.”

"MassFiscal's consistent growth is a natural result of our important work," said executive director Paul D. Craney.  "I expect that growth to continue this year.  The elections and ambitious legislative goals will provide many opportunities to draw attention to cleaning up state finances, increasing accountability, and building a stronger economic climate in Massachusetts."

Craney pointed to the increase in the number of donations as an important measure of the group's success.  "At the year’s end, our political force grew by half. A strong base of support going into 2016 is important, because along with opportunity, an election year brings challenges."

MassFiscal is a nonprofit, nonpartisan organization which advocates for fiscal responsibility, transparency, and accountability in state government and increased opportunity for the people of our Commonwealth.