We wanted to share with you some media clips and pictures from yesterday’s hearing on the lawsuit being brought forward by companies owned by Rick Green and Mike Kane to close the union loophole in state campaign finance law. The loophole allows unions to donate up to $15,000 directly to candidates, while individuals are limited to $1,000 and businesses are prohibited.

We were at the hearing and the lawyer from the Attorney General’s office essentially made the case for the corporate ban because according to his logic, corporations by their mission of capital accumulation are inherently corruptible. We will keep you updated on the lawsuit's progress.

For a recap of yesterday's hearing, click the links below: 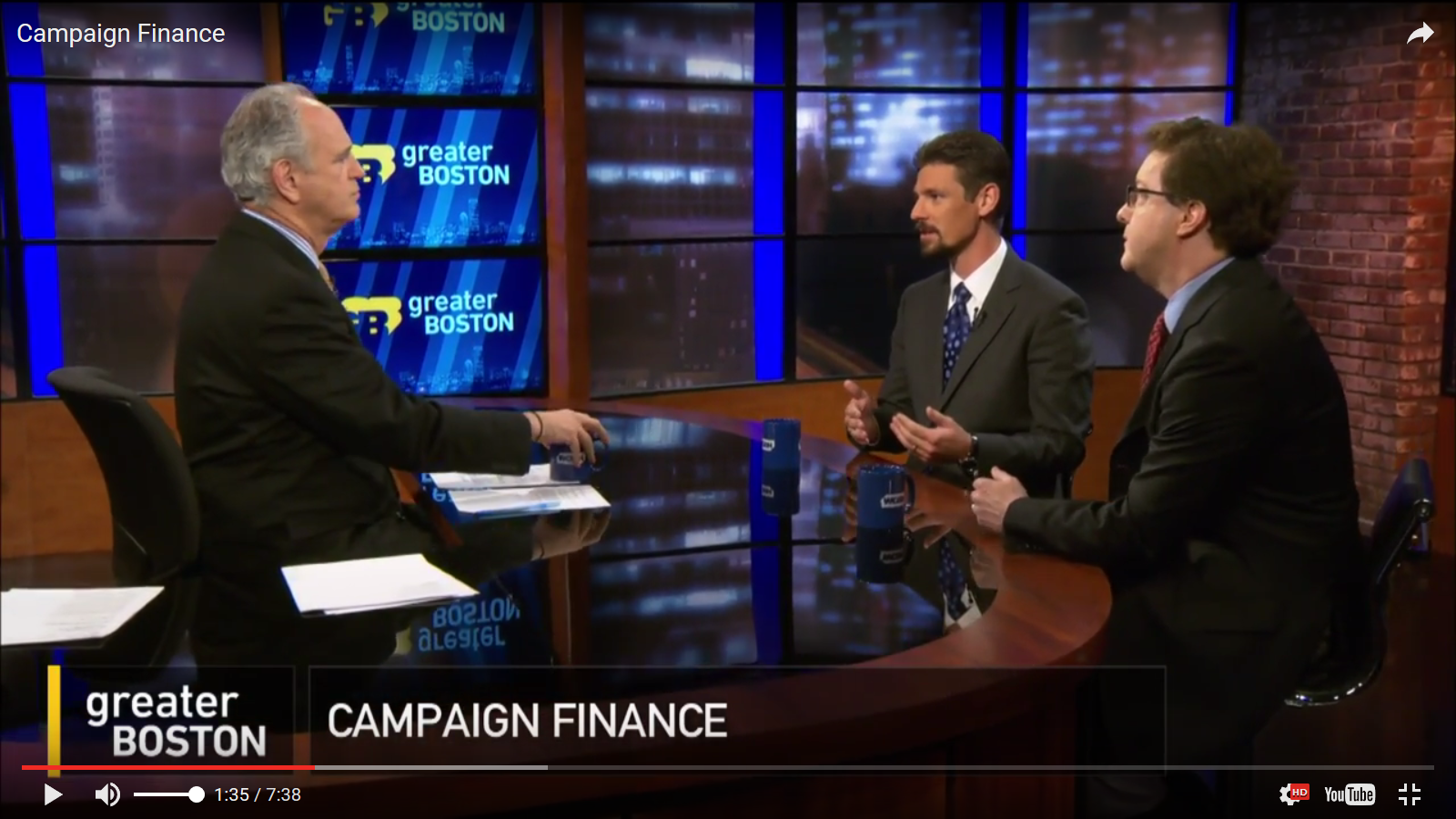 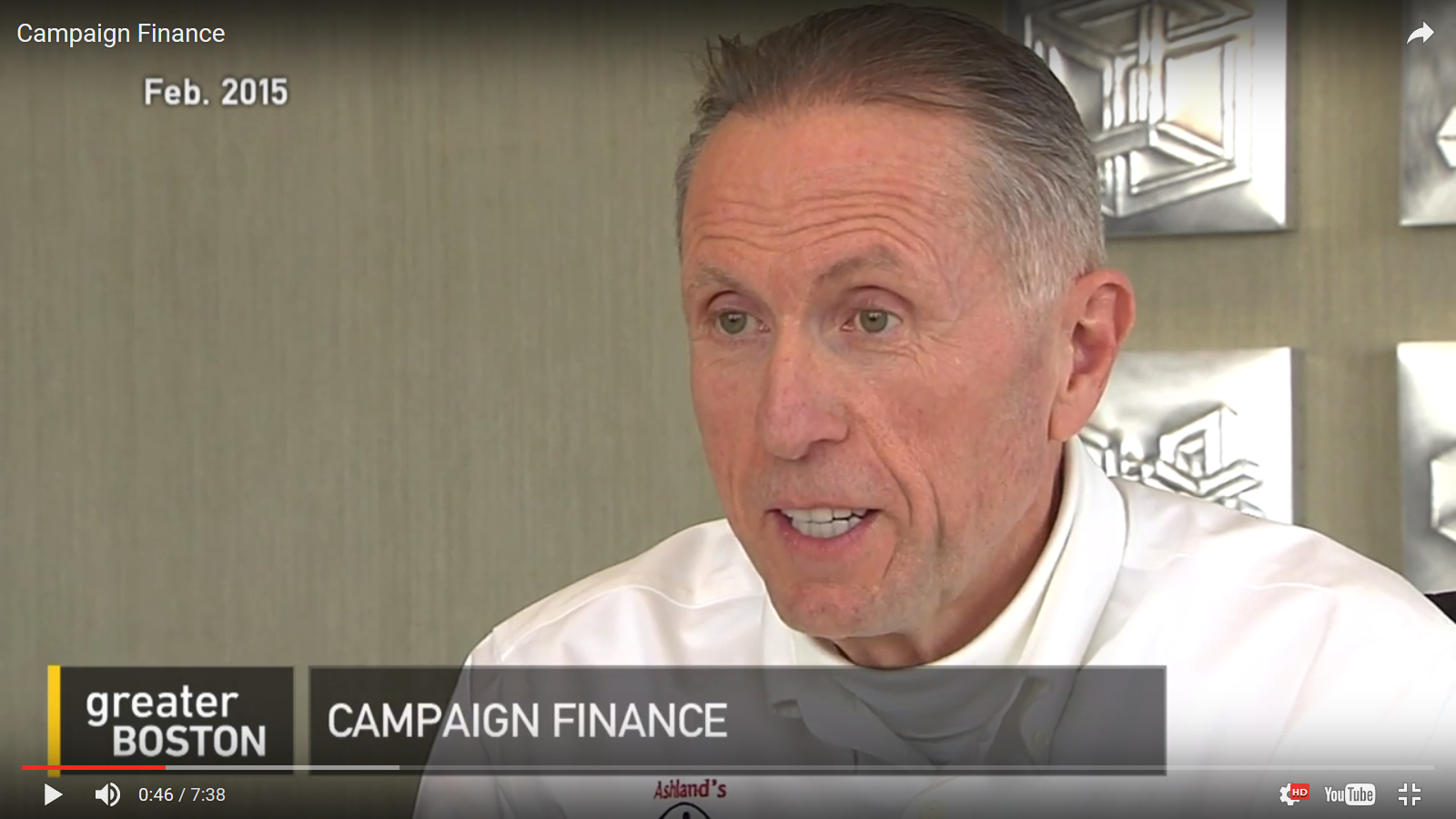 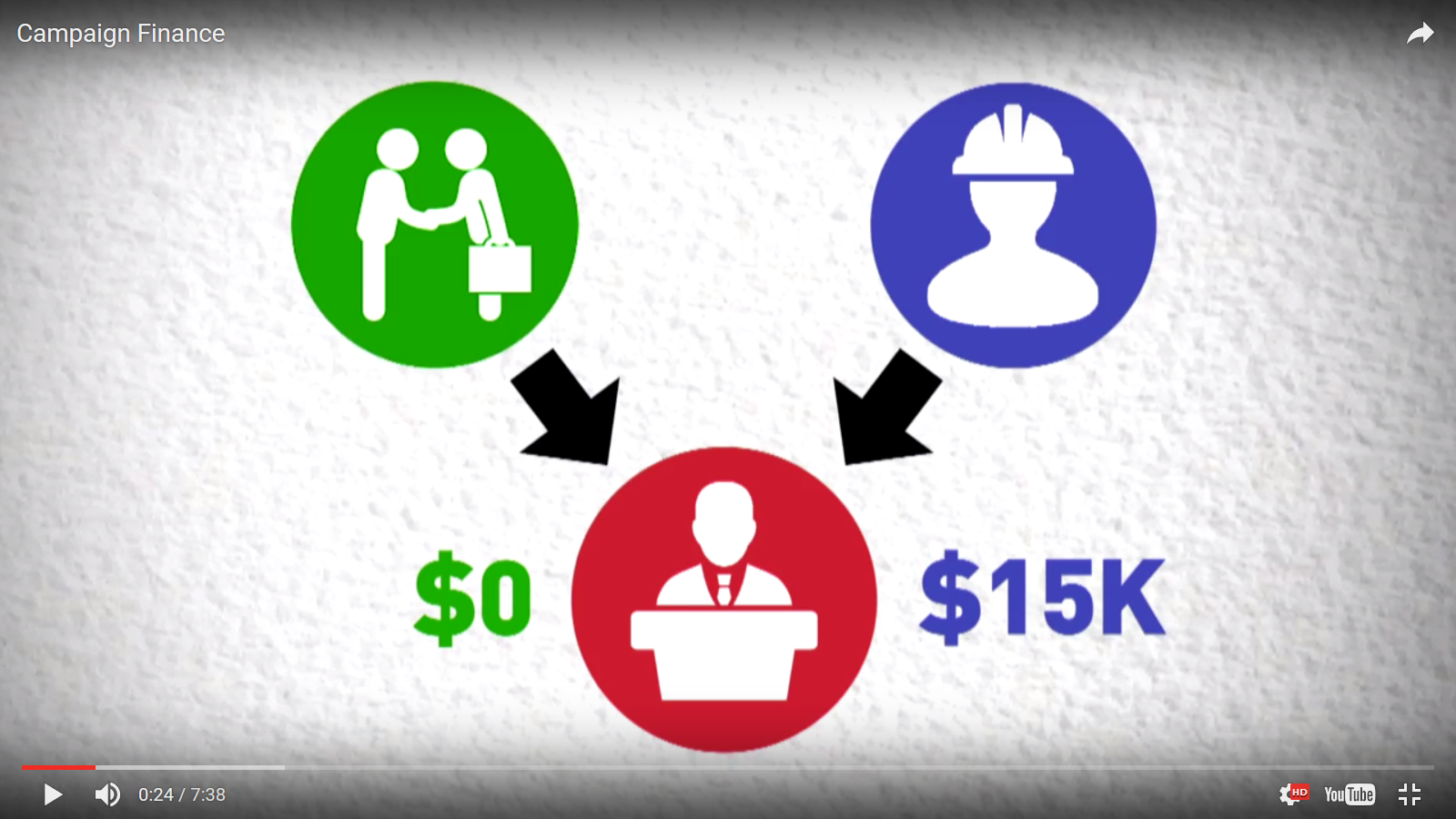 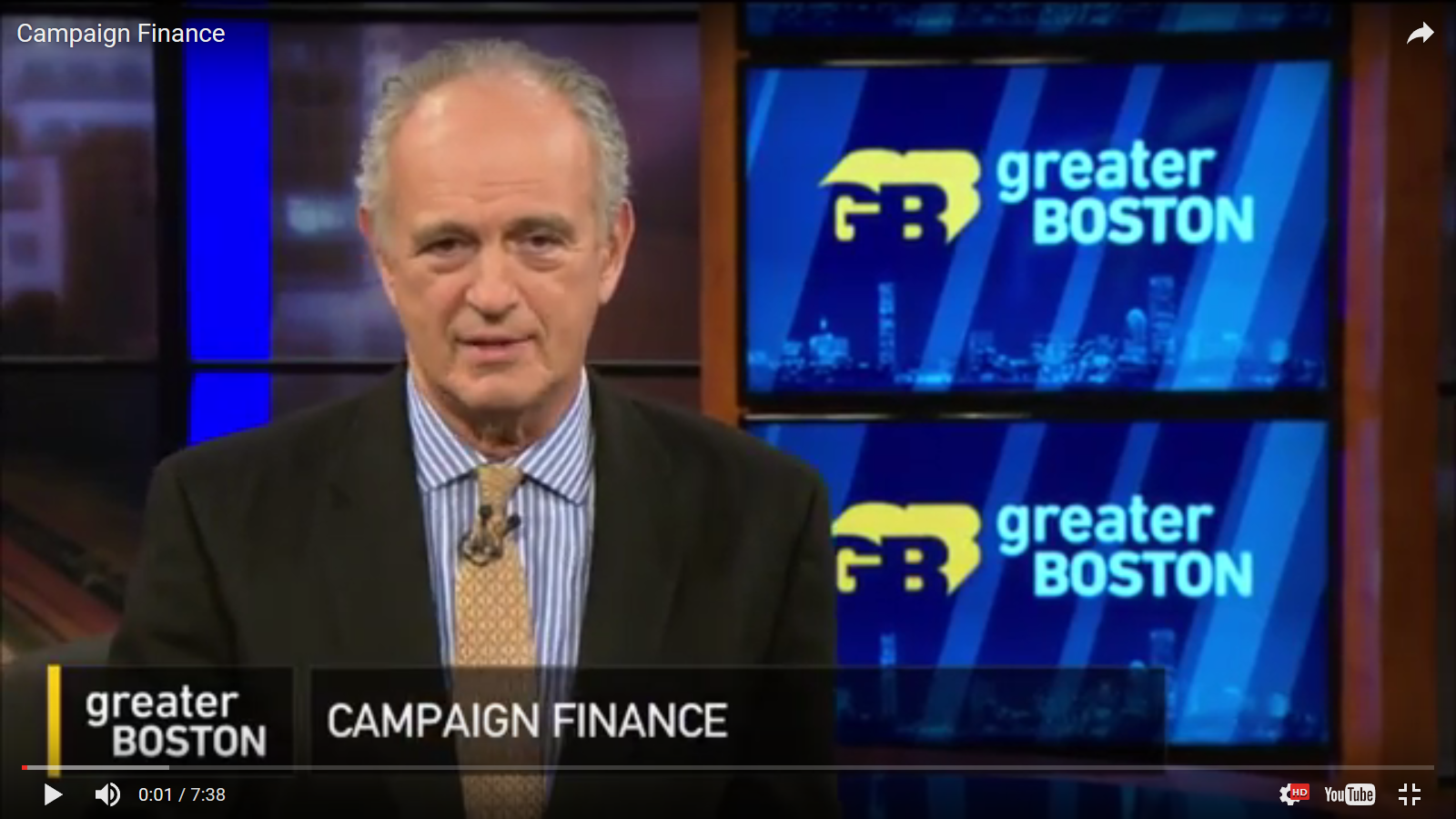 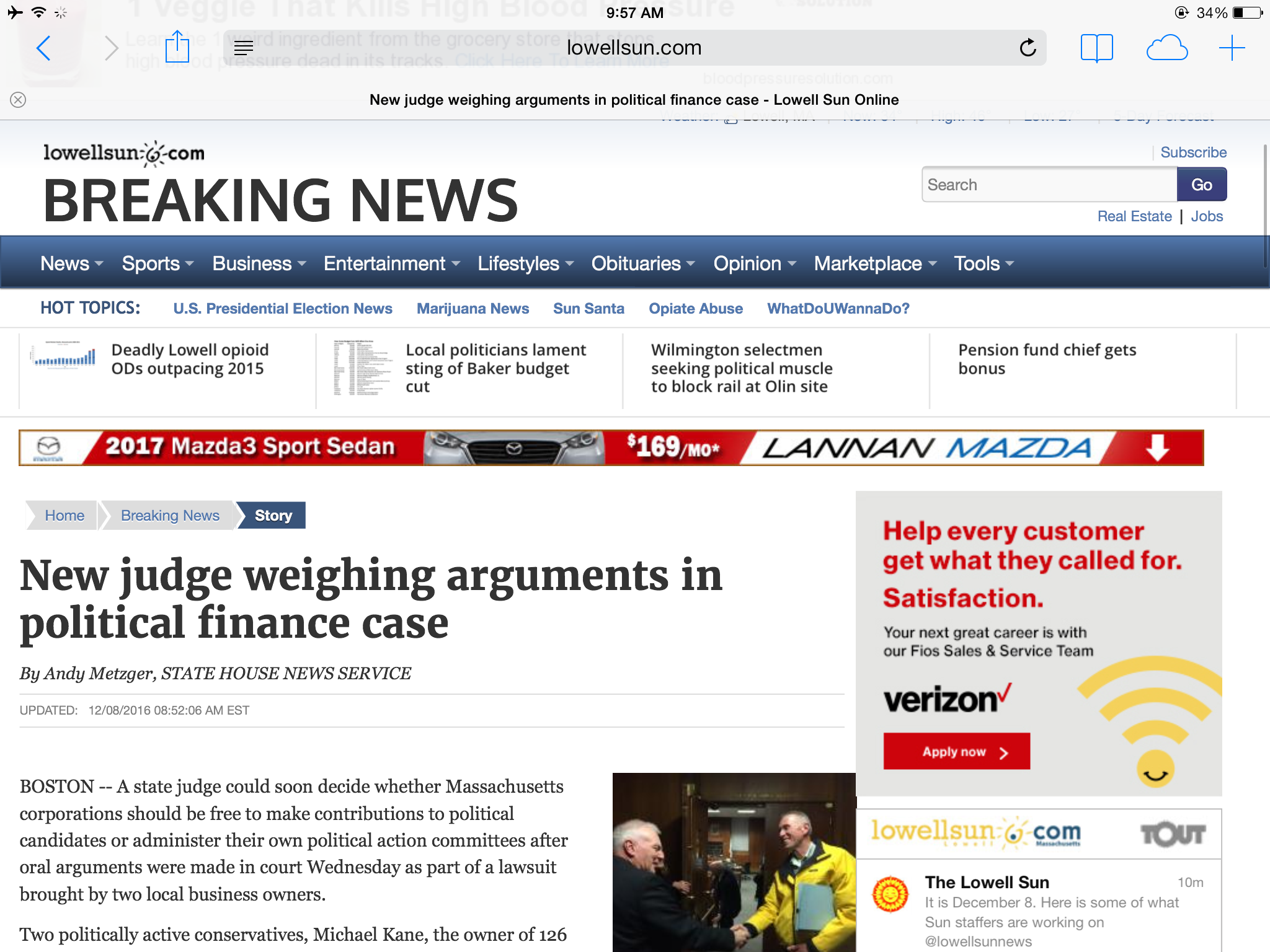 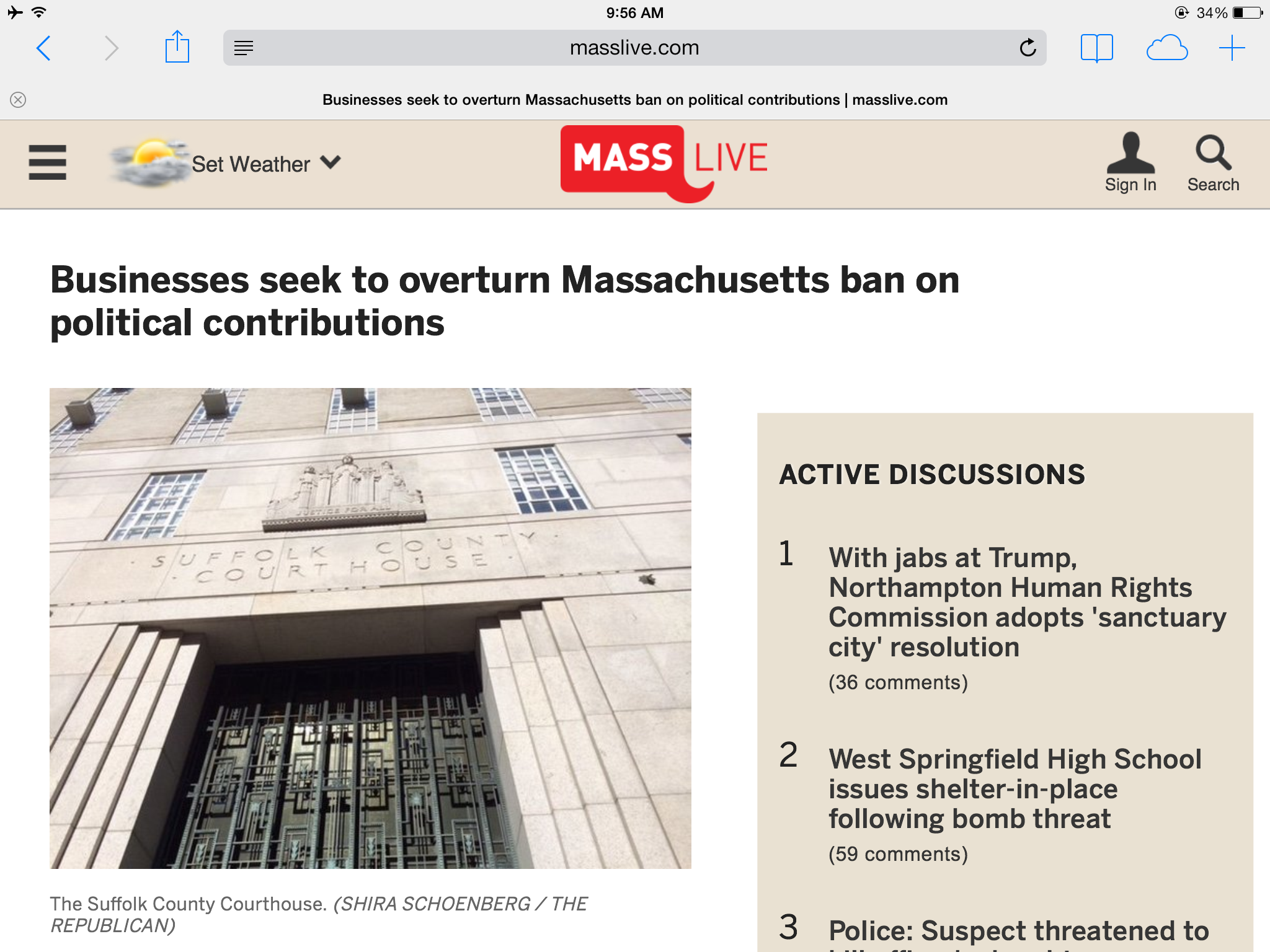 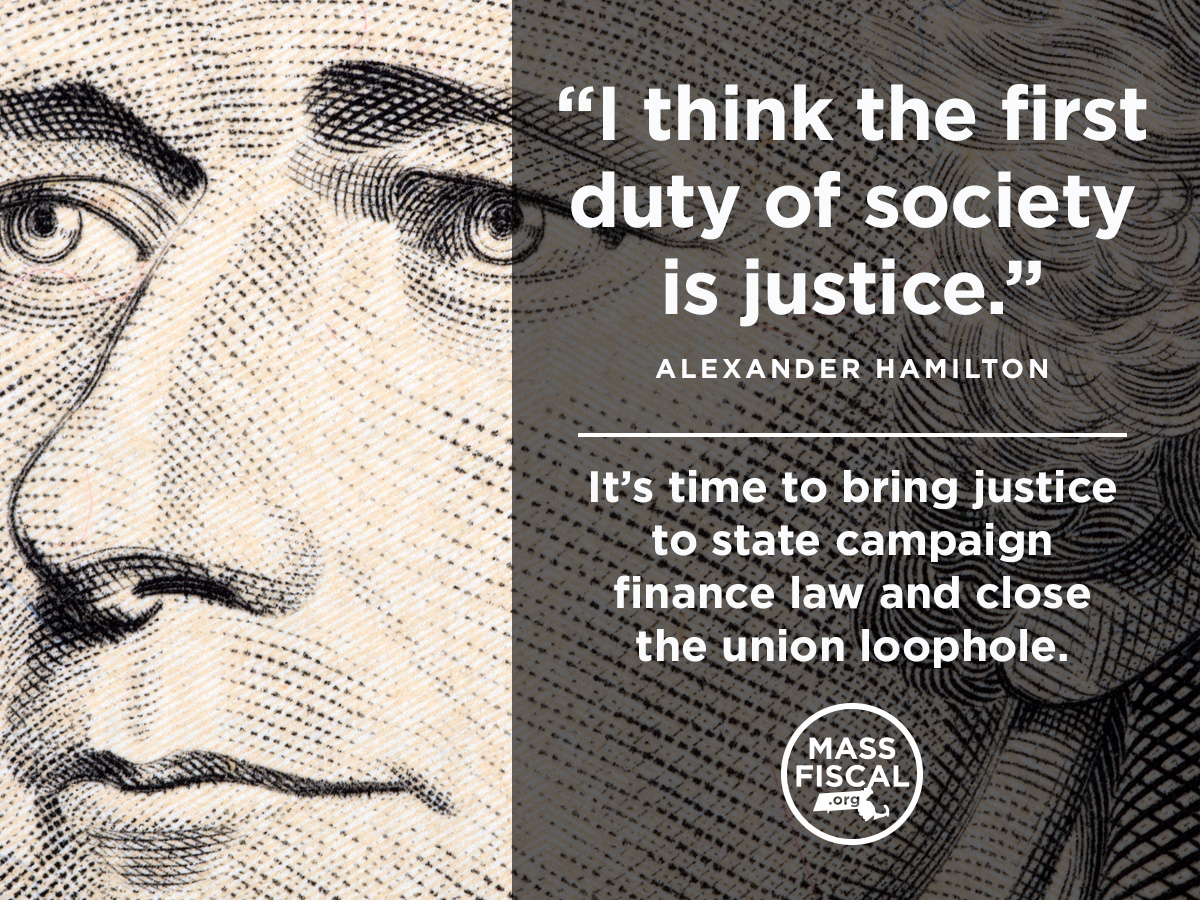 The Rules of the Game

This week, Beacon Hill power brokers announced a few changes to the legislative playbook. One of their proposals stood out to us: consolidated amendments will now require a roll call vote.

Requiring roll calls for consolidated amendments can't actually be considered a reform, any more than pressing a band aid over a gushing artery can be considered first aid.

Consolidating amendments is a tool Speaker DeLeo uses more than any Speaker before him. Hundreds of amendments are rounded up into a single omnibus package and are rammed through the chamber all at once, often on a voice vote. Holding anyone accountable for the success or failure of any one amendment becomes nearly impossible. Even with roll call votes, these consolidated amendments make it impossible for citizens or even legislators to follow what’s happening.

In our opinion, the legislature should go cold turkey and ban all consolidated amendments. True transparency will only be achieved if each proposal is considered on its merits. But we’re realists here at MassFiscal, so instead, we suggest adding the following additional requirements:

3. Implement a two hour review period between the introduction of a consolidated amendment and its discussion on the floor.

These three reforms are reasonable and necessary.

A full debate on the operating rules in the Senate and the House is the first order of business in January, and we'll be watching that debate closely. Fair rules that support open processes are crucial to good lawmaking. We expect to see votes on how to handle consolidated amendments, allowing appropriate time to study legislation, and insisting that all votes taken by legislators are made public. We’ll do our best to pull out the juiciest, most interesting bits to share with you, and you can be sure we'll use our effective advocacy apparatus to let the voters back home know where their legislators stand on fair and open governing.