Some great news to report. After weeks of advocacy, yesterday the state senate passed legislation to regulate ride sharing companies like Uber, Lyft, and Fasten without the proposed ban for parts of Boston. As you may remember, the ban was passed in the House and was on its way to pass in the Senate. MassFiscal focused on the unjust ban and launched a campaign focused on the Seaport area of Boston. We mailed each residence and business likely to be impacted by the ban.

Hundreds of constituents responded and followed our instructions to contact their state senator, Linda Dorcena Forry. As we got closer to the expected release date of the legislation, we patched through calls from grassroots supporters to Forry’s office and the office of Senator Jamie Eldridge, charged with crafting the legislation. Hundreds of calls flooded their offices.

The campaign was waged on multiple fronts. Removing the ban wasn’t easy. Senator Eldridge is a proponent of big government regulation and is disinclined to allow the free market to solve economic problems.  Both Eldridge and Forry publicly acknowledged the MassFiscal efforts as contributing to the final bill.

The Boston Business Journal story recapping the senate debate and quoting us, you may read it here.

The Senate voted on Amendment #49, which would strike down the new 10 cent per ride tax on each completed ride through companies like Uber, Lyft, and Fasten. The money collected from this tax would be distributed to cities and towns, proportional to where each ride originated. We believe this tax taxes innovation.

The efforts to strike down the tax failed, and the amendment did not pass. 31 senators voted for the tax, while only only 9 voted against it.

We would like to thank the following Senators for voting for against the tax:

You can view our Scorecard of each specific senator at: http://www.massfiscalscorecard.com/189th/votes/261. We’ll keep you updated as the House and Senate agree to their final legislation.

The MassFiscal team will be having its first Quarterly Quencher this Thursday. Every quarter MassFiscal gets our team of fiscally conservative individuals together to go out after work and have a few drinks. It is a great opportunity to take a load off and meet other like-minded people! 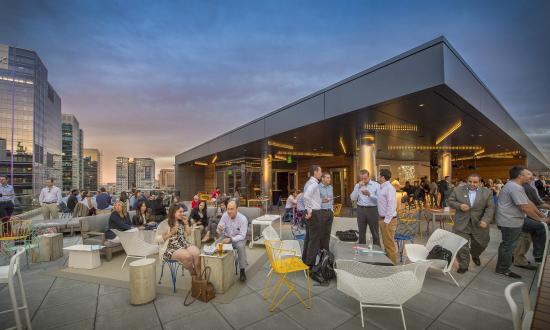 The event will be held at Envoy in Boston. Plan to meet at 5:30pm. For more information, click here.

(BOSTON)— As reported yesterday, the IRS and FBI investigations have subpoenaed records from the Senate and from members in addition to Joyce. This morning, Massachusetts Fiscal Alliance called on Senator Cynthia Cream, Chair of the Senate Committee on Ethics to open an immediate and public investigation into Senator Brian Joyce and the use of his senate office for personal enrichment. Massachusetts Fiscal Alliance previously called on Senator Joyce to resign and for Senate President Rosenberg to begin the process of expulsion.

“It was Joyce's decision alone to use his office as a one stop shop for personal enrichment. It was the Senate President’s decision to turn a blind eye to his behavior that today brings the entire body into the mess. Not surprising that until now, they decided to have an ethics committee that remains less active than a hundred year old tomb,” Paul Craney, Executive Director of The Massachusetts Fiscal Alliance, said. “As chair of the Senate Committee on Ethics, Senator Cream has a unique opportunity to show the public that the Senate itself is as concerned as the IRS and the FBI about the abuse of power and unethical conduct of its members.”

Massachusetts Fiscal Alliance’s letter to Senator Cream may be found here and was sent to members of the Senate.